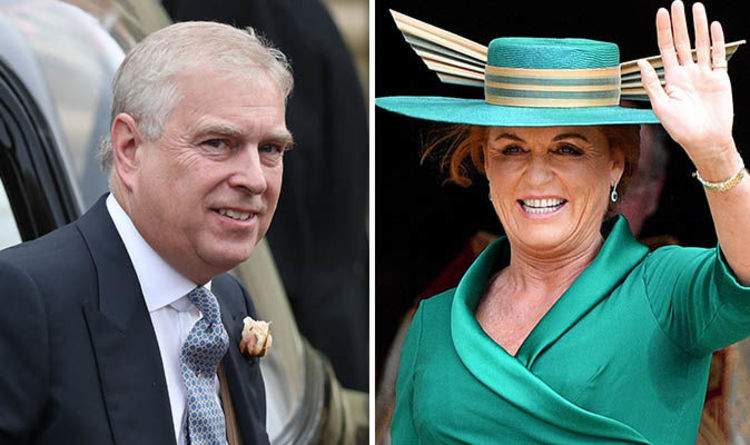 The Duchess of York took a great day with Andrea, with whom she married a decade, insisting that she was "my duty to him."

Sarah – also known as Fergie – described in 1986 the wedding of Royal Andrews for the "happiest day" of her life in an interview with Daili Mail.

Asked if the couple would marry, the Duchess did not rule out the possibility.

Sarah said: "So many people have asked me this, but we are so happy with the way we are now.

"We enjoy another company, we allow them to bloom, I know it sounds like a fairy tale, but so are we."

Andrew and Sarah maintained close relationships despite their divorce in 1996, while the couple even split their Roial Lodge residence in Windsor.

They set up a united front at the wedding of Princess Eugenie's youngest daughter, Jooka Brooksbanks, last month.

Sarah described the relationship with Andrew as "our fairy tale."

The Duchess said: "We are completely compatible. Our messages are communication, compromise and compassion.

"It was the happiest day of my life on July 23, 1986. Andrew is the best man I know. What he does for Britain is incredible: no one knows how hard he works for his country.

"My duty is for him, so I am so proud of him, I stand by him and I will always. The way we are located is our fairy tale."

The latest comments of the Duchess about Andrea come after the couple described earlier as "the happiest single-sex couple in the world".

Sarah and Andrew split up in 1992, a few months before the notorious Duchess's photo appeared, kissing her fingers and sucking John Brian during a holiday in France.

It is believed that the unpleasant picture ended the destruction of Sarah and Andrew's marriage, and the couple split up four years later.

However, Sarah was welcomed last year to the royal family for the wedding of Eugenia Windsor.

Proud Sarah was delighted when she watched Eugenie get married for a year. Brooksbank at a spectacular ceremony in the chapel of Sv. Djordje.