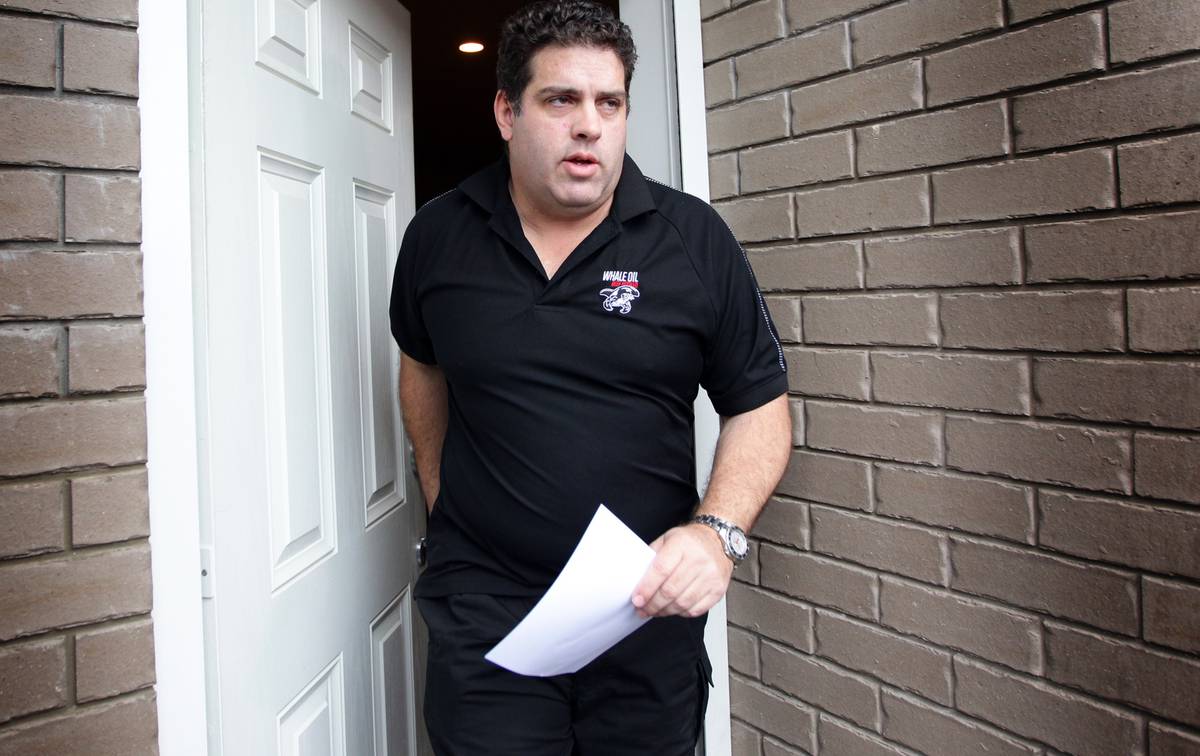 • The right trial follows this story.

The bankruptcy of former blogger Cameron Slater has not allowed him to free himself from a defamation case about his claims he took with money to write entries that attacked health professionals.

The Supreme Court of Auckland told Slater, who had a stroke in November, that his bankruptcy does not affect his obligation to obey court orders and undergo an examination of his role in the supposed campaign.

Instead of that, Slater has to prove he is sick too much doctor to appear in court to answer questions.

The decision is the last turn in a defamation case that arose from the book of 2014 Dirty Politics, which meant that Slater wrote blogs in blogs that attacked health academics for cash.

The defamation case considers that Slater has been accused of paying to write the blog posts of national party deputy, Katherine Rich, who is the first executive of the Food and Grocery Council.

The case states that Carrick Graham, who makes public relations and pressures, is the conduit through which Slater was paid.

In November, Judge Matthew Palmer ordered Slater to provide additional material relevant to the case and attend a hearing of the Supreme Court where it could be called into question on elements of the case.

Since then, he said that Slater had "sought to avoid complying" with orders, raising bankruptcy and medical reasons as reasons for non-fulfillment, along with lack of legal representation.

In this ruling, Palmer filed a claim that Slater's recent bankruptcy meant that he had no role in defamation. He said the bankruptcy was among the obstacles posed by Slater that "seemed to have the intention of not complying with the discovery orders and oral examination."

The ruling shows that Slater's claimants had asked the court to find Slater scornfully at the court if he did not obey the orders.

Palmer set the path of the case to his current point, including Slater's lawyer, Brian Henry, in search of the court's permission to withdraw from the case because he no longer had instructions from his client.

Henry told the court that Slater could no longer work, he owed a lot of money to legal fees and had applied for a voluntary bankruptcy. He said that Slater's medical condition had his family deciding "that he should be isolated from stress."

After that, Henry sought the trial to stop the case of defamation against Slater, citing a section of the insolvency Law that ended the recovery procedures for debts that involve bankruptcy.

Palmer ruled that the case should continue, and Slater had to respond personally to court questions when it was not possible that the Official Cessant (who oversees the bankruptcy finances) does so.

He said that Slater had to appear before a court and offer answers and tests unless he could prove he was too ill to do so. He said that if it was proven that he was medically capable, but did not participate, "he would face the consequences" of the request that he would find in contempt for the court.

Slater has suffered a fall of grace since the publication of Dirty Politics in 2014, with his popular blog that lost readers and influence.

In the last year, he has lost a significant case of defamatory business Matt Blomfield, who had signaled through his blog, suffered a stroke, found that the company that operated the Whaleoil website came into liquidation and went into personal bankruptcy.