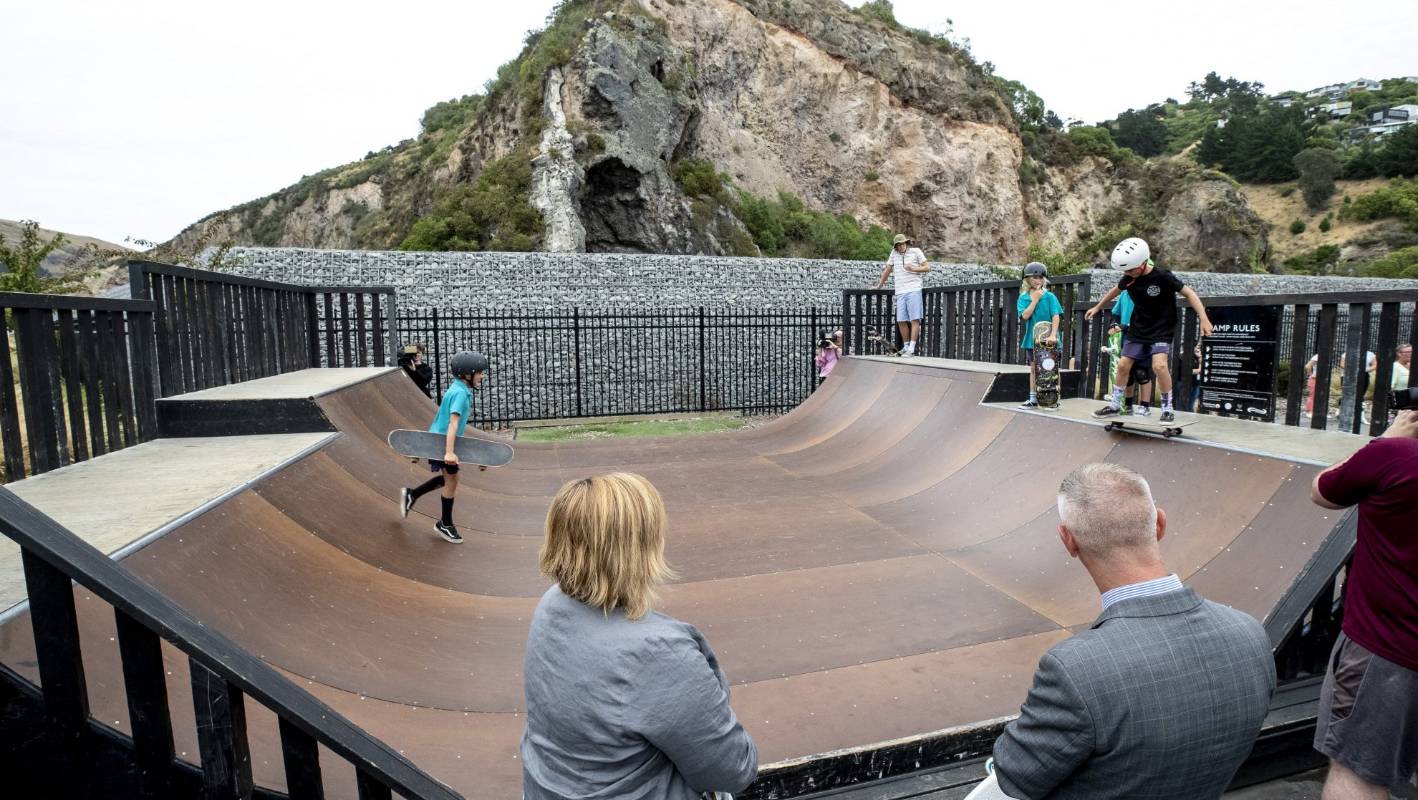 An offer close to three decades for a permanent skate park in the Christchurch neighborhood of Sumner has skipped its last obstacle.

The concrete concrete park will be built at 26 Nayland St, county property, at a cost of 539,900 dollars from taxpayers in the year 2020-21. Half of the budget will be used to protect against rocks from the cliff above the site.

The Council of the Community of Linwood-Central-Heathcote unanimously approved the site in December, but the decision was proposed to the Crown to transfer the properties of neighboring red zones – 20 and 24 Nayland St – to the council.

On Friday, the great regimental minister of Christchurch, Megan Woods, announced that the transfer would continue.

READ MORE: The Skate park will be built in Sumner, after 29 years of waiting

The two properties would become a park to create an "acoustic buffer" between the skate park and the homes of the towns, Woods said.

But neighbor resident Judy Brown did not think the park was sufficient for a tampon.

The skate park was already noisy and it was scary that skaters used the park next to their home.

"I have returned to Sumner for a quiet retirement: now it's hell on earth."

Sumner Green and Skate spokesman Mike Sleigh said earlier that it was 29 years ago that residents asked the city council to build a skate park on the seashore.

Meanwhile, skateboards have used members of the community of ramps built on the corner of the streets of Wakefield and Nayland.

Woods said: "The Crown will grant transitory use over the key red zone to Sumner as part of a provisional agreement while we complete the transfer."