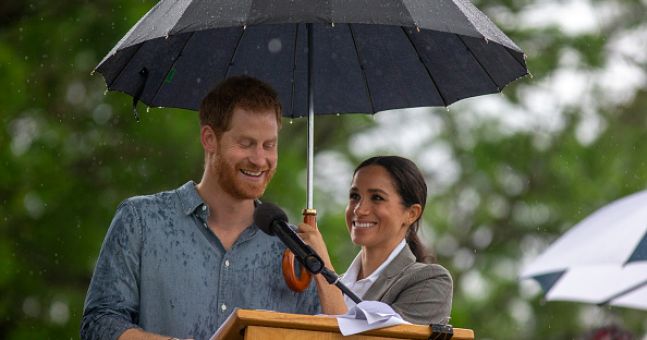 The secret photograph of Megan and Harry gets a lot of attention and we can see why this is just wonderful.

During a royal tour, this scene is believed to have been shared with official officials who met during the 16-day royal tour of Australia, New Zealand, Fiji and Tonga.

Apparently, they shared this with the people they met and spotted in the government house in Wellington, New Zealand, by social media users.

Danny Trine on Twitter shared that attention from other social media users, and Dani says "OMG this picture".

According to Hello! a magazine, this photo was given to all the official people they met during their trip last month.

However, as fans of the royal world may be aware, this is not the first time we've noticed this photo, because last year it was recorded in a room at Buckingham Palace and shared on social media.

Picture of the Duke and Duchess of Sussex was spotted in the queen's official residence last year, when respected George Brandis, the Australian High Commissioner came to engage in the Bakingem Palace.

There is no confirmation as to when the image was taken, but it is believed that it may have been part of their photographic photograph with photographer Aleksei Lubomirsky who recorded some stunning photos.