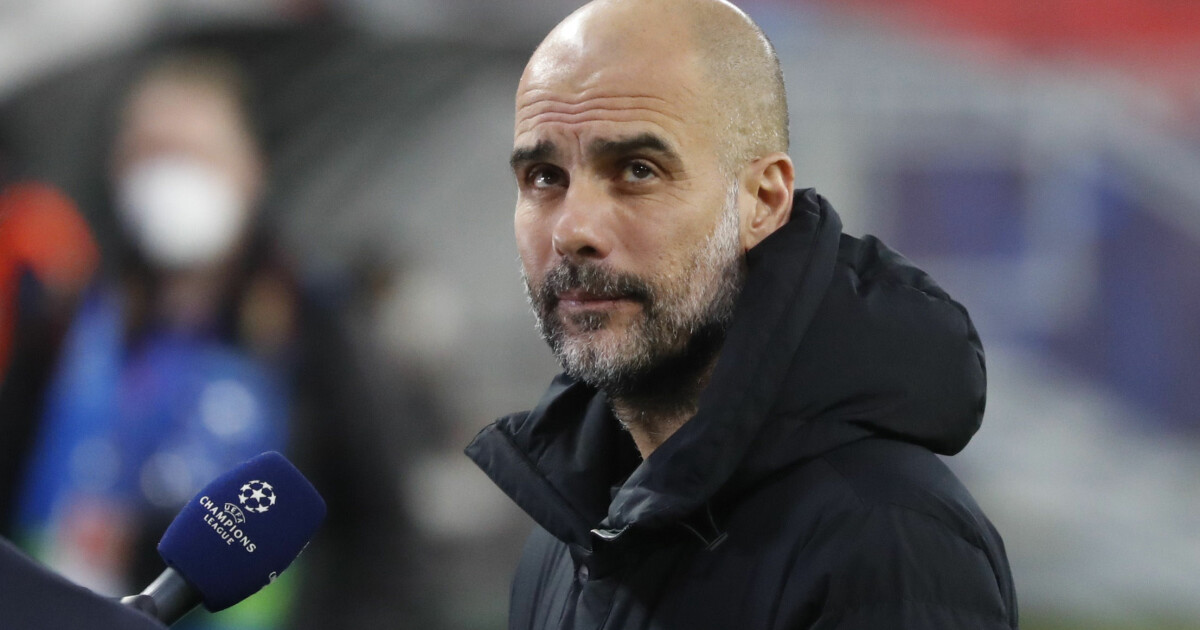 For the past three seasons, Manchester City’s Champions League adventure has stalled in the quarter-finals. Now Pep Guardiola and his teammates will do it again, but if they succeed they must be able to stop Borussia Dortmund and Erling Braut Haaland.

– All teams participating in this tournament want to arrive as far as possible. One is what we want and then it’s about showing it on the grass. I prepare for this match in the same way as everyone else. It’s about winning this match and next week we will travel to Dortmund to win it. It’s a football game, Guardiola says.

But the Spanish coach knows that the yellow-blacks of Germany have an ace up their sleeve. A 20-year-old Bryne named Erling Braut Haaland, who is the top scorer in the Champions League with ten goals in six games.

– A player who scores so many goals at this age is unusual. Their numbers speak for themselves. You can score with the right, left and counterattack. He is a great player. A blind man understands that he is a fantastic player, says Guardiola.

He was not the only one to answer Haaland’s questions at today’s press conference. Neither did midfielder Rodri escape.

– His performance has been impressive. But we can’t just focus on one player. Borussia Dortmund is a great team in Europe. They have a very good offensive team and we need to be aware of that.

Manchester City are one of the clubs that has been linked with Jærbuen in recent months, but Guardiola is once again attacking those who believe the Light Blues have an inexhaustible bag of money and the Spaniard is aware that the club cannot spend more than 100 million pounds in one player.

– Not at all. Football is a team game. Everyone contributes, both players who don’t play and those who work behind the scenes. Maybe the clubs decide to spend so much on one player in the next few years, but now we don’t. I don’t know what will happen in the future, says the city manager.

According to ESPN, Dortmund has set a price of 180 million euros for Braut Haaland. This corresponds to NOK 1.8 billion. Guardiola himself will say nothing about how much he thinks Jærbuen is worth.

– I do not know. This is a matter for Borussia Dortmund and its agent. I understand people asking about Haaland. He’s an exceptional striker, but you understand that it’s not up to me to talk about him, says the 50-year-old.

As mentioned, the Spanish manager has never taken City beyond the quarter-finals to the Champions League. In recent years, Liverpool, Tottenham and Lyon have strengthened and Guardiola admits he suffered pain after the defeat against the French last season.

– I thought about it for several weeks. It was painful, I can’t say otherwise. We wanted to move on, but we have to accept that we didn’t deserve it. It was a disappointment, I have to admit, he says.

The City boss, on the other hand, will not accept that his team has to win the Champions League to get the respect it deserves.

– We are already a great club. But everyone, both me and the players, want to do better than what we did earlier in this tournament, Guardiola concludes.

Frudalstunnelen closed after the motorhome fire

Lena Dunham: Shows her boyfriend for the first time

Olympics: You risk punishment after that

How to install Google Chrome extensions on Android