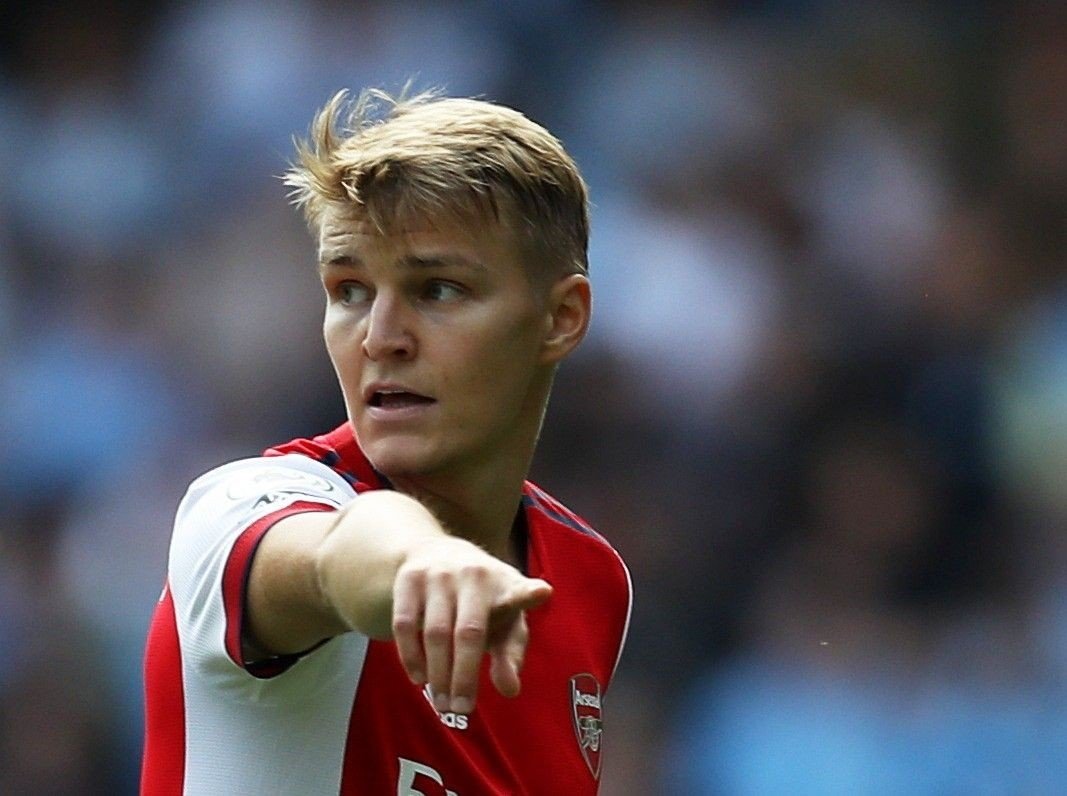 It seems that the Arsenal coach has confidence in his Norwegian midfielder and gasps at the criticism they have filed against Martin Ødegaard before.

In the meeting with Burnley, Martin Ødegaard scored on a foul. This was the Norwegian’s first goal for the club since the transfer became permanent this summer.

Ødegaard has started a total of four games at Arsenal this autumn and, if we want to believe coach Mikel Arteta, the 22-year-old is someone he wants to build the team on.

In a recent press conference, the Spaniard boasted both of the midfielder’s leadership qualities and of his willingness to look for the ball in any situation.

– I think we believe a lot in leadership in this group. It is a young group of players, many of them under 23 years old. Martin is captain of his national team, while Sambi (Lokonga) was captain of Anderlecht, says the Arsenal coach and continues:

READ ALSO: Surprised by Guardiola’s treatment of the star: – I don’t understand

– Martin has a talent that makes him want the ball in situations where others would probably refuse to catch it. It’s also about his attitude. He also has a pace and a way to push, which puts pressure on opponents, the coach says.

He boasts of Odegaard defensively

When the Norwegian was on loan at Arsenal last season, he fell victim to some criticism from previous club legends, who thought he had too many weaknesses in the game. Ødegaard’s ability to contribute to the defense was something that was raised.

However, the Arsenal coach believes that the midfielder works well in both directions and gasps at these accusations.

– Most likely you will be the first to take on these defensive tasks. I was also very impressed by Pierre-Emerick Aubameyang last time – his pace and pressure were also fantastic. He showed dedication and will. Anyone can try to pressure the opponent, but it’s easy to see if he’s really trying or if he’s just been told to do it, Arteta says at the press conference.

– There was will behind what the players delivered against Burnley. I think it’s important that it’s simple and all the players did it, even those who came in from the bench. They were brilliant, took the pressure off the team and took us to a new level, he says.

The Spaniard also states that he is very impressed with how the young Arsenal players take responsibility on the pitch for the match plan to be implemented.

– The whole unit must be compact and must be maintained throughout a match. The only way to do that is for everyone to move when the ball moves. If the distances are too great and the unit breaks, we have nothing. There is now a lot of “coaching” within the team. Young players have started talking and communicating. It leads to a lot of things in the defensive phase of our game, says the Arsenal coach.

On Wednesday, Arsenal will be in action against AFC Wimbledon in the league cup, a tournament “The Gunners” has not won since 1993. Arteta believes victory is important.

READ ALSO: React to these images of the star United: – I can’t believe it

– I’m glad to know that many tickets have been sold for the match. The boys are really looking forward to playing at the Emirates again. Right now, this match is our only priority and then we will think about the match against Tottenham later, says the Spaniard.

Arsenal have had a somewhat difficult start to the season in the Premier League and are in 13th place with six points after five games. The coach believes that a good experience in the cup match against AFC Wimbledon can give the bidder confidence against the Spurs.

– Yes, absolutely. We had a bad start in many ways, but if we can win two games in a row, we can win three quickly. Then you will gain more confidence. Now, everyone is back from injury and we can create a new feeling within the team, says the 39-year-old.

READ ALSO: The PL club is said to have put 182 million on the table for the Ligue 1 profile, but then something unexpected happened: – He was furious

– Now focus and focus are applied. We have to demand a lot of our performance and prepare as we did last time, or maybe even a little better. We need to make players understand that if they want to play, they have to do the right things in training. However, it is equally important to show us that you deserve to play and make the choice difficult for us.

Arteta concludes by saying he plans to send a strong team to the field in Wednesday’s game. He says renewed confidence in the league cup game means the players have had a good performance and he expects another good performance in that match.

The online newspaper would like to have fresher opinions.