It is assumed that the captain of the World Cup in Norway will play in Germany next season.

The captain of Norway to the national team of twenty-one years under the World Cup goes to a new club. Now it goes against a loan for the defender property of Brighton.

READ MORE: We follow the LIVE transition window all summer.

Leo Østigård made his case well for the Norwegian national team during the U20 World Cup in Poland this summer and several clubs would have been interested in the 19 years.

Close to an agreement

Nettavisen experiences that the Norwegian will play for the second German club FC St.Pauli next season. Østigård has trained with the Hamburg-based club in recent days and has also played 75 minutes in a training match on Tuesday night.

Østigård is borrowed after the Nettavisen has been informed to the German club for a year. The Norwegian will go through the medical test Thursday morning before signing the loan agreement on Thursday.

Coach Jos Luhukay commented on the representation of Østigård after the game of training against Weiche Flensburg.

– He made a very adult impression. He played in a certain way and was good at the construction game with the ball, Luhukay said on the home page of St.Pauli after the 1-0 victory.

Østigård has a contract with the club of the Premier League Brighton until the summer of 2021 and will be a loan in one season, Nettavisen will be confirmed.

FC St.Pauli plays in the second level in Germany and already has the Mats Møller Dæhli Norwegian.

FC St. Pauli is considered a kind of "cult club" in Germany and is in the district of the same name in the German city of Hamburg. The club played the final match in the Bundesliga in the 2010/2011 season.

The team plays its matches at the Millerntor Stadium with a capacity of 29,546 spectators.

Østigård was captain and played three games against Norway during the U-20 World Cup in summer. 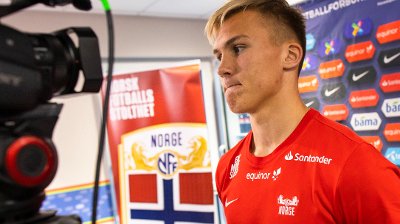