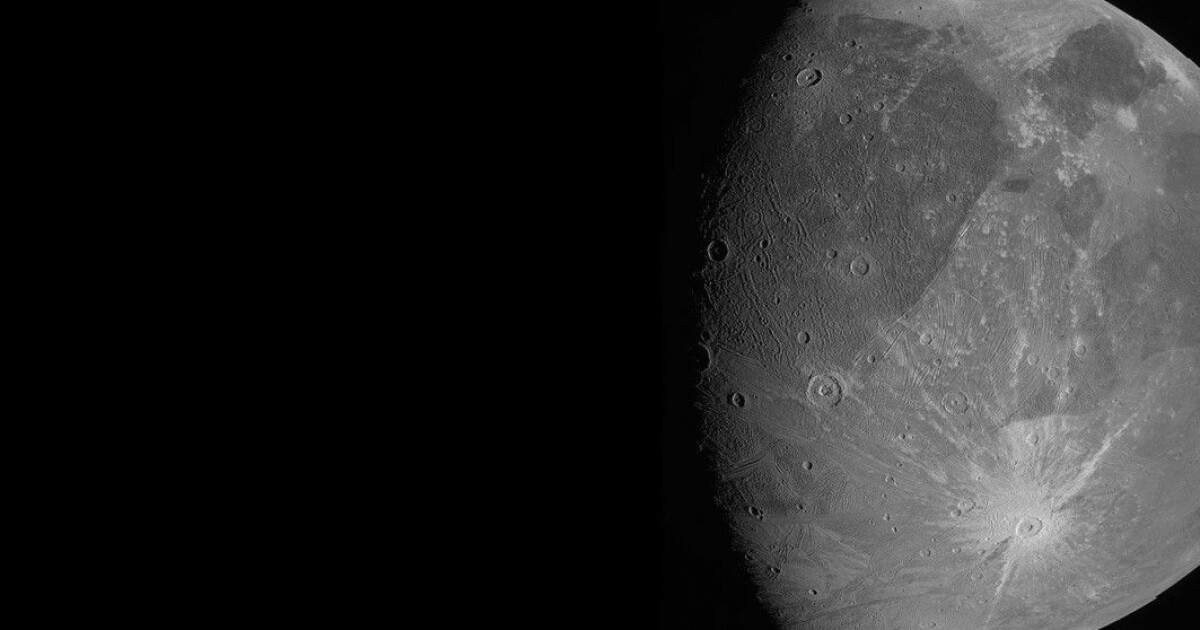 The giant moon Ganymede may have an underground ocean with more water than all the earth. Now scientists have also discovered traces of water in the lunar atmosphere.

It is very cold on Jupiter’s moon, Ganymede, so the liquid water is just far below the surface, according to space scientists.

But now scientists believe they have discovered traces of water in the lunar atmosphere. The discovery was made with the Hubble Space Telescope, which orbits the Earth about 600 kilometers in the air.

Ganymede is the largest of Jupiter’s 79 moons. It is less than half the size of Earth, but is larger than the planet Mercury. Ganymede could almost be a planet of its own, but it is not, as it orbits Jupiter.

The new results are published in the journal Nature Astronomy.

As early as 1998, Hubble made the first ultraviolet images of Ganymede. Then scientists could see that the moon had a magnetic field similar to that of the earth and also saw signs of oxygen in the lunar atmosphere.

With a diameter of 5268 kilometers, the moon of Jupiter Ganymede is not only the largest in the solar system, but also the only one that has its own magnetic field.

This magnetic field creates polar light, that is, bands of electrified and luminous gas in the areas of the north and south poles of the moon, something similar to the northern lights and the southern lights of the earth.

Scientists believe there is an ocean on the moon. The ocean is 100 kilometers deep, ten times deeper than the Earth’s ocean and lies beneath a crust of 150 kilometers mostly of ice. There may be more water than the total amount of the earth’s surface.

But after several analyzes and many years of work, researchers have discovered that they had not only discovered oxygen, but traces of water.

“It was a difficult measure and I was surprised that our method worked, but we expected there to be water vapor,” Kurt Retherford, a professor at the American Southwest Research Institute and a researcher, told Popular Science magazine. of ESA. He is one of the researchers behind the new study.

The surface of Ganymede consists mainly of hard ice. But far below the shell, there may be water, more water than there is on Earth, according to NASA.

In 2015, researchers found signs that there is a huge sea of ​​salt water beneath the surface.

The new discovery shows that it can be so hot around the equator on the moon that some ice rises into the atmosphere.

Next year, the European Space Agency (ESA) will send a space probe to Jupiter. JUICE PROBE (Jupiter Icy Moon Explorer) will examine both the gas giant Jupiter and the three moons Europa, Ganymede and Callisto.

– Our results can provide the JUICE team with valuable information that can be used to optimize the use of the spacecraft, according to Lorenz Roth, at the Royal Institute of Technology in Stockholm, which is the lead researcher on the new study, in a press release.

Earlier this year, the Juno spacecraft flew over Ganymede. He took stunning photographs showing parts of the moon’s surface in detail. Light and dark craters, furrows and fields are visible. Read more in this case at ung.forskning.no.