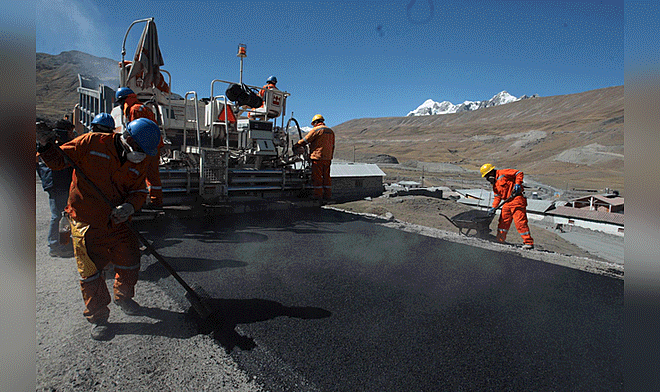 Since October, the economy in Peru will be activated and developed at a better pace, says Adrian Armas, Economic Studies Manager at the Central Reserve Bank of Peru (BCRP).

This progress would be supported by a better growth in the central government's investment, which in October grew by 25.3%, when it fell by -10% in September.

These improved performance also increased the results of electricity, which increased by 5.5%, while domestic cement consumption increased by 5% in the eighth month of the year.

Even so, Armas pointed out that some economic activities show temporary signs of less dynamic in the third quarter – between them – a general income tax that fell to 8.2% in October, compared to 11.2% in September , e.g.

On the other hand, the executive director of BCRP also convinced that economic growth in the fourth quarter (October, November and December) will be above 4%.

While in the case of inflation, it was recorded that in October it was 1.84%, and it is predicted to remain at 2% in the last two months of the year. "The good news we have in October is that there are signs of a recovery in economic activity, so GDP projections for this year and for the next consistent," he said in the official newspaper.

Impact on the citizen

In spite of the result in October, economist Pedro Francis points out that citizens do not feel the recovery of the economy. "So far there have been fewer formal companies than two years ago, as long as there are no real improvements in employment and wages, the improvement of popularity will not be felt."

He added that strong growth and public investments are needed.❧