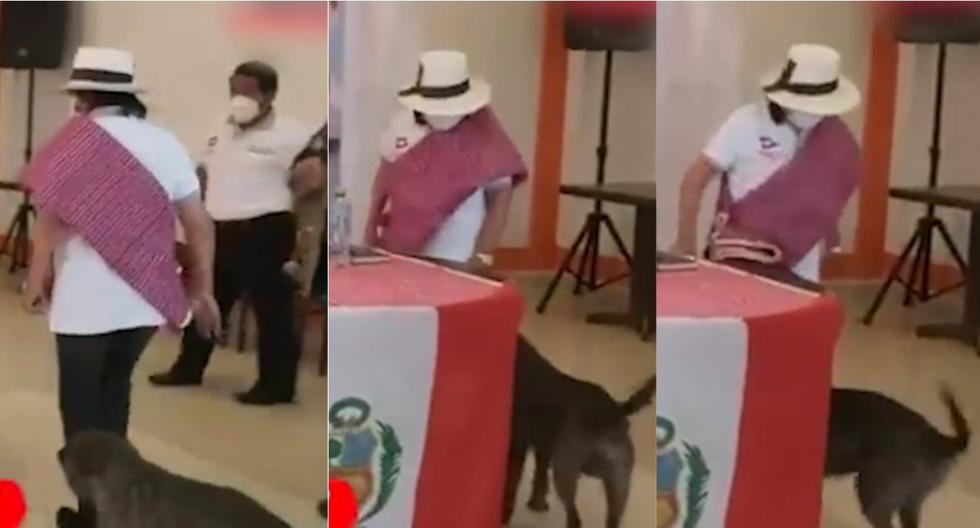 Ana Huanca, candidate for Congress by National victory, The same party that seeks to lead the presidency in George Forsyth, Kicked a dog that crossed his path when he tried to sit before presenting his parliamentary list in the province of Huamalíes, region of Huánuco.

In images arrived at this newspaper it is observed how the dog, moving its tail, approaches the aspiring one to the Legislature, but she turns around, sees it and him throws a kick, Scaring the retreating animal.

Then hit the animal, Huanca he signals for him to be removed from the party premises, located in the Llata ​​district. This fact generated some questions on the part of the applicant’s attitude.

What did the congressional candidate say?

Ana Huanca was consulted by mail on this case i he denied assaulting the dog and defended himself by saying that it is his pet and that it can never cause him any harm.

“In no way can I attack any animal or person. It was a fortuitous case, I was coming in, I just raised my foot to take the next step and the puppy got in. He’s my pet, he probably saw me and ran. It’s my pet, what am I going to hit my pet? “, He argued.

Finally, the aspirant to a curule in Congress indicated that the dog is called Drako Darío and that he had no ill intentions.

Beto Ortiz explodes against Mayra Couto for miniseries that will fund the state viral | VIDEO | My body, my rule | TRENDS