Starting Candelaria in the National Theater 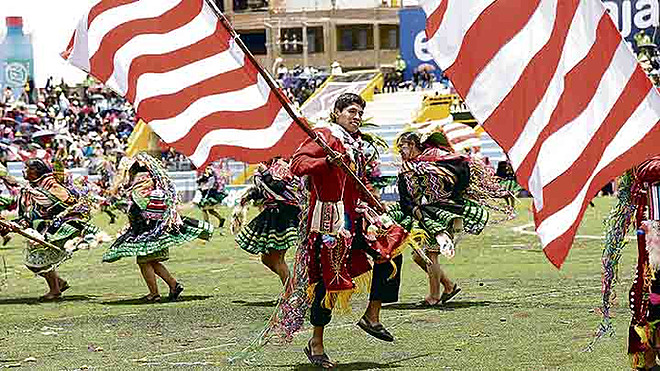 The National Large Theater in Lima today will be the site of the official launch of the Virgen de la Candelaria festival in 2019. Lighter suits will make the preamble of what will be seen in February next year. The curtain will open at 7:00.

The activity is organized by the Regional Federation of Folklore and Culture Punoa (FRFCP). It is planned to start with the evolution of dance and close with the presentation of dancing costumes.

Attended by the main political authorities of Punoa and guests from Lima.

The inhabitants of Altiplan, in the past, used the melodies of Andean and danced thanks to Pachamami (Mother Earth). These terms will be evident in the presentation as a pattern of greater syncretism among Kuechua, Aimaras and Catholics.

FRFCP president Dick Iucra said more than a thousand musicians and dancers with homemade costumes and lights will revive the evolution of dance. He added that the goal was to strengthen tourism in Pundu during the two weeks of the celebration.

During February, 40,000 domestic and foreign tourists are expected to come to the festival. With the launch in the capital, the number of visitors is expected to increase by 15%. ❧