Drones to enter interplanetary with Dragonfly 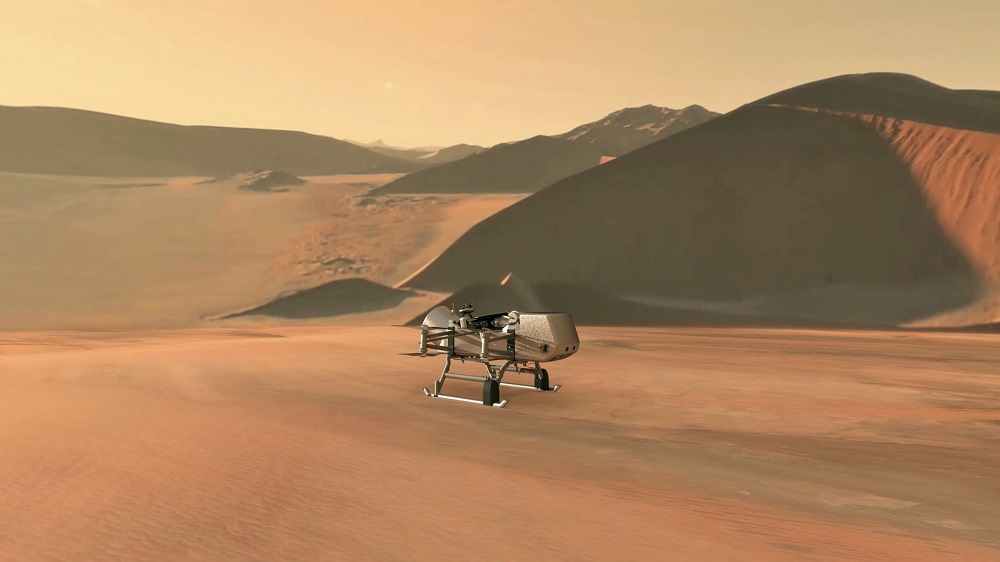 Drones are already ubiquitous on Earth, but are about to become interplanetary with an anticipated mission called Dragonfly on Saturn's biggest moon.

NASA has announced that its next new destination will be Titan and will use an unmanned aircraft to fly dozens of places to the mysterious ocean world in search of the basic elements of life.

It is believed that Titan, which is larger than the Mercury planet, is similar to the early Earth and scientists expect to find prebiotic chemical processes that give clues about how life began here.

The Dragonfly mission will be launched in 2026 and will arrive at Titan in 2034.

It will take advantage of 13 years of data collected during Cassini's mission to choose a quiet period of time to land, initially in the "Shangri-La" equatorial dunes that resemble dunes south of Africa.

Dragonfly will have eight rotors and it will work like a great unmanned airplane. It is the first time that NASA has used a multi-rotor vehicle for science on another planet.

The space agency said that the drone would take advantage of an atmosphere that is four times denser than Earth to fly its scientific payload to multiple destinations.

This would initially be a series of short jumps up to a series of flights of up to 8 kilometers that could see that it will travel more than 175 kilometers, almost twice the distance traveled throughout Mars. rovers combined

NASA said that a 2.7-year reference mission will see Dragonfly explore environments ranging from organic dunes to the floor of an impact crater where liquid water and complex organic materials can exist together for dozens of thousands of years.

"With the Dragonfly mission, NASA will do what nobody else can do," said Jim Bridenstine, NASA Administrator.

READ OUT: Boom is still optimistic in a delayed supersonic line.

"Visiting this mysterious oceanic world could revolutionize what we know of life in the universe.

"This avant-garde mission would have been unthinkable even a few years ago, but now we are ready for the incredible flight of Dragonfly."

The drone will have difficult conditions to navigate: the surface temperature in Titan is less than 290F (-179C) and its surface pressure is 50 percent greater than the Earth.

It has an atmosphere based on nitrogen, but clouds and methane rain, while other organic materials in the atmosphere fall off as snowy.

Dragonfly was selected as part of NASA's New Frontiers program, which includes the mission of New Horizons to Pluto and the Kuiper Belt, Juno to Jupiter and OSIRIS-REx to the Bennu asteroid.

It is led by leading researcher Elizabeth Turtle, who is based at the Johns Hopkins University Physics Laboratory in Laurel, Maryland.