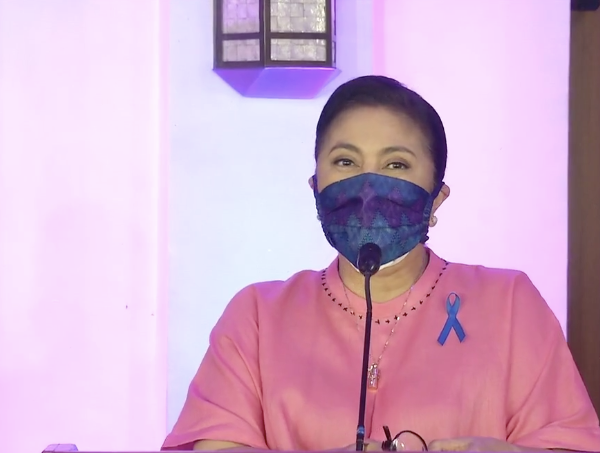 MANILA, Philippines – Bayan Muna president Neri Colmenares and the Makabayan coalition did not have a chance to speak with Vice President Leni Robredo, the group said Sunday.

In a statement, Makabayan explained why Colmenares and the coalition did not approve Robredo’s presidential candidacy.

“Neri and Makabayan have not had the opportunity to speak with Vice President Leni. They have sought dialogue many times not only to join the anti-Duterte and anti-Marcos stance, but more importantly, a platform for change that benefits people, ”Makabayan said.

“While there are commonalities about current issues, there are also long-term issues to consider. This meeting is important for a political coalition like Makabayan that represents the marginalized sectors of society, ”the group added.

Makabayan said that while the “immediate task” is to “defeat Duterte and Marcos,” they also needed to discuss reforms for the next six years, including agrarian reform, national industrialization, labor contracting, and the peace process.

Makabayan said he has not approved any presidential bid at this time because he is still in the process of consulting candidates on platforms and programs, “while pushing for the widest possible unity to defeat Duterte and Marcos.”

The coalition also said it is not true that it has supported Manila Mayor Isko Moreno or Senator Manny Pacquiao.

Makabayan said his members are unaware of the reason for Colmenares’ non-inclusion on Robredo’s senatorial list, but noted that it is not because he has not expressed his support for the vice president.

“We never had a chance to hear objections to Neri’s inclusion nor were we given a chance to respond. We can only speculate that there are objections from some of his supporters who represent interests of big business, militarists or even politicians who disagree with Makabayan on several issues, ”the group explained.

Makabayan said he is open to talking to other opposition groups.

“Makabayan has approached the 2022 election with this goal in mind: to forge broader unity to defeat Duterte and Marcos and move forward on a popular platform to deal with the crisis,” they added.

“Makabayan is a coalition of political parties with a defined platform and program of action and internal democratic processes. Although not a member organization of 1Sambayan, Makabayan supports the latter’s efforts to unify democratic forces, “the coalition said.

“This is his prerogative”: Colmenares says he doesn’t feel bad after not being included in Robredo’s senate ticket

Is there a flu “twindemic” and COVID-19 about to hit the United States?