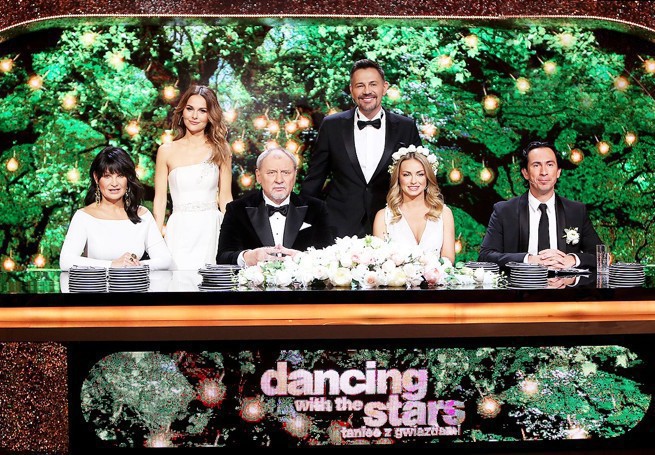 Polsat has already named nine participants in the dance show, who will compete for the glass ball in the fall.

12th edition of “Dancing with the Stars” – who will perform

On the dance floor of the Polish show we will see Izabela Małysz, a businesswoman and sports manager, and in private the wife of the famous jumper Adam Małysz.

“Dancing with the Stars” in a new band

The twelfth edition of the program “Dancing with the Stars. Taniec z Gwiazdami” will be broadcast from September, on Mondays at 20:00 in Polsat.

“Taniec z Gwiazdami” is a program produced on the basis of the “Dancing with the Stars” format under the license of BBC Worldwide. The show is attended by couples made up of media personalities and a professional ballroom dancer, who present a dance prepared in each episode. Jurors and spectators decide on the final classification of a given duo.

The previous eleven editions of the show were broadcast in Polsat the first time on Friday. In the spring of this year. in this band the transmitter emitted the program “Your face sounds familiar”.

As before, “Dancing with the Stars” will be broadcast live. The formula of the program will hardly change compared to previous editions.

Season 11 of “Dancing with the Stars”. Taniec z Gwiazdami “aired on Polsat on Friday, May 20, between September 4 and October 23 last year. The average viewership of the premiere episodes was of 1.74 million viewers, which translated into 12.91% Television market share among all viewers, 9.09 percent in the commercial group 16-49 and 9 , 50 percent in group 16-59.

The eleventh edition of the Polsat air show debuted last spring, but due to the COVID-19 pandemic, the station suspended the show after showing two episodes. The production on March 6 and 13 was seen by 1.93 million viewers, which gave Polsat 13.09% and 10.44% respectively. and 10.77 percent. To share.

Katarzyna Figure on the wall. Choosing a black petticoat is amazing, but these shoes? Perfect, but not at this time of year

Application for unpaid leave: Can the head refuse to grant such leave? How can the request be justified?

Athletics in Tokyo 2020. Joanna Linkiewicz fifth in the semifinals

RCB alert. Storms and hail in several regions of Poland

The son of Marcela Leszczak and Mi¶ek Koterski had an accident. An ambulance arrived at the scene. “The first time I froze like that”