Attack to the President of Gdansk. The assailant will listen to the homicide charge 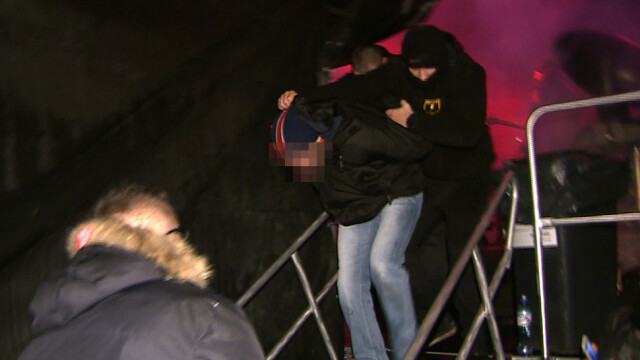 The mayor of Gdańsk Paweł Adamowicz was attacked on the WOŚP scene on Sunday afternoon "Light to Heaven." He was resurrected, hospitalized, died on Monday. Striker is a 27-year-old resident of Gdansk. He felt the homicide charge.

The previous Monday Minister of Health, Łukasz Szumowski, informed that Gdańsk's president, Paweł Adamowicz, died at the hospital. Adamowicz was attacked Sunday night with a knife on the stage in Gdańsk during WOŚP's "Light to Heaven".

According to media reports, Grażyna Wawryniuk, spokesman for the district prosecutor's office in Gdańsk, arrested after the attack, Stefan W. heard the accused of being murdered with the intention of direct motivation he deserved A special conviction, originally was a murder attempt charge. – This is a very tragic information (about the death of the president-editors). Therefore, the situation is changing and it is necessary to change the complaint – said Wawryniuk.

Prior to # 17, he also informed us that a three-month arrest request was sent to a suspect. – The man made the explanation. He did not plead guilty of the charge against him, – said Wawryniuk. An attacker threatens the life penalty.

– He was not found guilty of the actions he accused. He made ample explanations, although he referred more to his life story than yesterday's events, said Damian Konieczny, lawyer of Stefan W. He had to react calmly to the information about the death of the president . – Currently, contact with a suspect is quite difficult, he added.

You have stopped the author

According to police spokeswoman Karina Kamińska, the offender is a 27 year old resident of Gdańsk.

– The man was punished, he was registered for crimes against life and health, among others for robberies – said Kaminska.

– Talk about the hate about the Civic Platform all the time. He thinks he was sent in error in prison at a time when the PO and PSL coalition ruled, "one of the police officers told TVn24.pl, who asks for anonymity.

As we agreed, the man listened to the verdict in May 2014. Gdańsk's court sentenced him to five years and six months in prison. It was a punishment for four bank robberies: three credit unions and Credit Agricole.

The officers managed to recover only a portion of the spoils of their last robbery. The other man spent his life at the level of: a foreign trip, casinos, restaurants.

Journalists in the local affair of Gazeta Wyborcza, who saw the trial, described it in this way: "Stefan W. admitted, but never expressed remorse and did not apologize." I did not want to give explanations before the court. I wanted to have money that I could not win "(he was dependent on the family, he had four brothers), and he also explained that he had learned from the cinema about what the robbery looked like."

As the journalist told tvn24.pl, Robert Zieliński, Stefan W. was released from prison in December 2018, after completing the complete sentence. During his stay in prison, he used specialists in psychiatrists.

Stefan W. was arrested in 2013 for bank robberies

According to tvn24.pl, politicians are convinced that Stefan W. has been preparing for assault on the president of Gdańsk for a long time. He had with him a "media" badge that allowed him to approach the stage and even get it.

– We still do not know if he was robbed, or he presented himself as a journalist and obtained the accreditation. All this has to be explained through a thorough investigation: we have heard at the police headquarters. An important element of the investigation, which is carried out under the supervision of the prosecutor's office, will also be the operation of the security company that guaranteed the event.

According to Karina Kamińska, the police only got the area of ​​the event to Plac Węglowy.