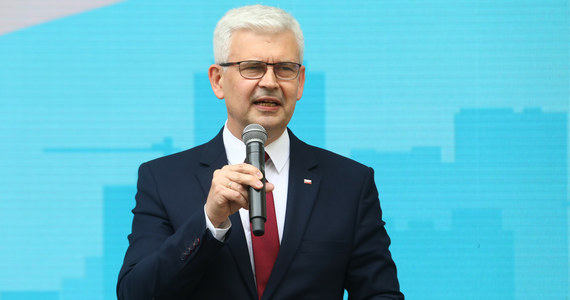 Sonia Sobczyk-Grygiel: Minister, what can we expect in terms of the prosumer’s billing system? A parliamentary bill on this subject has been in the Sejm since July, and the Ministry of Culture and National Heritage also presented another proposal to amend the provisions, which involved the introduction of the so-called sales system. .

Ireneusz Zyska: – We can expect good solutions for prosumers. I will still be able to develop, we will continue to observe the increase in the number of facilities in Poland. Personally, I really care as a plenipotentiary of the renewable energy government. The key is, however, that prosumers who are currently in the discount system will have a settlement guarantee in that system for 15 years from the time the first kilowatt-hour is introduced into the grid. It should be noted that the discount system is the most beneficial for prosumers across the EU, if not the world.

– However, due to the rapid increase in the number of prosumers (we now have more than 600,000 and estimates for 2024 exceed 2 million), a change is needed. We are already reporting situations where system automation shuts down facilities due to network issues. The power grid has limited flexibility. It cannot be a storehouse for more and more prosumers. Failure to make changes can lead to disaster.

– In addition, the EU market directive obliges us to separate the billing of energy fed into the grid and extracted from it. Today, in the discount system, there is an annual settlement that balances the energy introduced in summer and consumed in winter. This generates losses for the energy system. So we have to react.

– First of all, we will financially support, through the “My Electricity 4.0” program, domestic installations: energy and heat storage, electric car chargers or energy management systems. This will be accompanied by a new billing system for prosumers, which we call sales or, in energy jargon, net billing.

What will be your main assumptions?

– We originally assumed that the basis of the settlements would be the average price of the last quarter. However, many comments were made in the consultations on this proposal. To meet them, we decided to offer a settlement at the current price of the day, for active prosumers. We provide for them services provided by aggregators that will enter the market as a result of the market directive. They will be professional entities that acquire energy from prosumers, that provide storage services and will act as intermediaries between prosumers and energy companies. The current price they offer will be more attractive than the guaranteed average price of the last month, according to which less active prosumers will be billed. In turn, the guaranteed price will be protected against negative prices that may arise in the future.

– It should be stressed that the sales system will continue to be profitable for prosumers. According to our calculations, prosumers who settle accounts in this way, who have an average installation of 5 kW, will save about 1,500 PLN per year by switching to the G12 tariff compared to regular energy consumers.

When will this system come into force?

– According to the market directive, it must happen no later than January 1, 2024. But we want it to take effect next year, because, as I said, there are already critical situations in which automation of the system shuts down the prosumer facilities.

So when do you want to change it exactly?

– It all depends on the course of the legislative process. If it ends with the entry into force of the law this year, the system will change from January 1 or during 2022. I would not want to indicate a specific date.

In June, you talked about postponing the deadline from January 1 to the middle of next year …

– This is what we expect. The vacatio legis can be extended or the legislative process will end after the new year. It could be January 1 and July 1, 2022.

From what you say, do I understand that there will be no transitional net measurement system previously announced in 2022-2023?

– No, we go directly to the sales model. This solution was accepted by the authors of the parliamentary initiative, including Ms. Jadwiga Emilewicz, and Polskie Sieci Elektroenergetyczne. Our goal is to harmonize the provisions of the draft parliament and the one prepared by the Ministry of Culture and National Heritage.

Do I have to understand that the parliamentary bill will be modified in the same direction that is being spoken or, rather, that work will be suspended and the new model will be introduced through an act prepared by the ministry?

– The deputy’s bill does not require consultation or approval by government committees. Therefore, it can happen faster. However, if it is not possible to reach a consensus of all stakeholders, including the entities responsible for energy transmission and distribution, on the parliamentary bill, we will follow the path of the draft government. It will be consulted again socially, between ministries, etc. And that means a delay in the entry into force of the new system. Still, I am optimistic that all stakeholders will reach an agreement.

When will it be necessary to see if this consensus can be reached?

– We have the next session of the Sejm from September 29 to October 1. I want the energy committee to consider the draft at this meeting. So far, we have agreed 99%. provisions of the project, we will see if we can reach a final agreement. This game is not only about favoring prosumers, but also about taking care of the stability of the power system.

I would like to clarify when the regulations on collective and virtual prosumers will come into force.

– The collective prosumer – for residents of housing communities – will come into force with a new model of settlements. On the other hand, a virtual one: July 1, 2024. A virtual prosumer, for example, living in Warsaw, can use the energy produced in a facility located, for example, in Pomerania. This leads to a whole series of technical and resolution problems between electrical operators in different parts of the country. Therefore, this solution can only be introduced when the central information system of the electricity market comes into operation, ie on July 1, 2024. If introduced earlier, it would pose a risk of complaints, explanations and problems. endless technicians.

And will there be activities to improve the state of our networks, apart from supporting energy storage?

– In addition to the domestic warehouses, which I have mentioned, energy companies or said aggregators will build large energy storage facilities. We intend to build battery and hydrogen storage facilities. Of course, we also need to rebuild the system, modernize and expand the high, medium and low voltage networks. Funds for this are provided for in the National Reconstruction Plan. This is a billion dollar investment. As a result, in ten years we will live in a different energy reality.

– These activities are important because in the next 2-3 years the Polish energy system, in addition to consumer sources, will include about 10 GW of renewable energy, which has already been contracted, both wind farms and large photovoltaic parks. In addition, there is energy from biomass, biogas and small hydropower plants; in total more than 10 GW will be collected.

Speaking of wind power, do you expect the principle of 10H to be liberalized and, if so, when?

– The host of this law is the Ministry of Public Works. From my conversations with the supplies of this ministry, there seems to be a willingness to continue working on it quickly. We know, however, that there are also opponents of these solutions in the ruling field. His attitude is due to mistakes made by the wind industry in the past. However, today the industry has changed, it is more professional. It is governed by a code of good practice. Anyway, in the bill, we will increase the influence of local communities, who will finally decide to reduce the 10H distance for wind investments. I therefore hope that a consensus will be reached so that this law can come into force quickly.

– In addition, the new regulations will also introduce a new business model: the direct transmission (as part of a direct line) of energy produced by wind, photovoltaic and other installations to a company with a lot of energy, such as now steel mills or factories. Of course, due to the instability of renewable energy sources, this plant will also have to use more stable energy source supplies.

The other side of the problems we are talking about are the huge increases in electricity bills, which not only affect consumers, but also contribute to high inflation.

– These increases are largely due to the EU STD. Among other things, it is precisely because of these increases that we will introduce the protection of people at risk of energy poverty. We are also concerned about the development of prosumer energy, which is more cost-effective for people and, as I said before, will also be more cost-effective after the introduction of the sales model.

– I am optimistic: the actions we take will flatten this trend in the long run and minimize the risk of sudden price increases. However, the key is to maintain the country’s energy independence and the competitiveness of the Polish economy.

The interviewer was Sonia Sobczyk-Grygiel