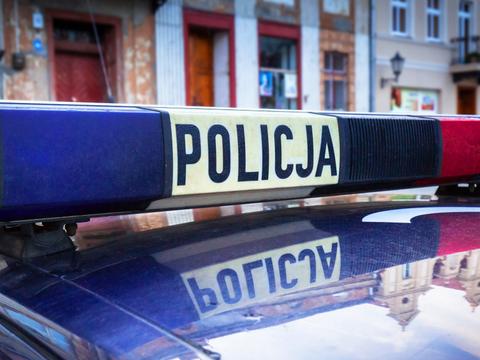 The Sejm finally adopted this amendment on October 4, when MPs accepted four minor changes to the Senate in the Act. On October 17, President Andrzej Duda signed the amendment.

The amendment changed the principle that it was determined whether theft was still a criminal offense or a criminal offense. A fine is usually pronounced violation, and for the theft that is a crime, it can endanger up to five years in prison.

So far this limit has determined the amount of damages in the amount of one quarter of the minimum operating fee – currently 525 PLN. On the other hand, the amendment to the Act established a fixed limit of 500 PLN.

Initially, the MS project proposed that the limit be a fixed amount of 400 PLN, and any theft of objects above this amount would be a crime. During the summer – during the work of the Subcommittee Sejm and the Committee – this fixed value was increased to 500 PLN, and in such a version provisions were adopted. – This amount is more adequate for revenue at this time – modification is justified.

According to the Ministry of Justice, it is necessary to introduce a fixed threshold, because so far, with the increase in the minimum wage, the limit quota that qualified theft as a criminal offense or a criminal offense has increased. "

– As a result, the courts had to reconsider thousands of cases across the country each year to find out if the theft, for which the punishment has not yet been committed, is still a crime or just a work. This situation also meant that the perpetrators of the theft of things were worth more than the legal threshold, postponed the proceedings, so that at the beginning of the new year the misconduct that they themselves turned into a violation – states the State Secretary.

The amendment also tightened penalties for neglecting dangerous animals. – If the owner, for example, a dangerous dog holds it on ungrounded property or leaves it lightly during a walk, which endangers health, even the lives of other people, may be fined up to 5,000. PLN or even limiting freedom. So far, a fine of only 250 zlotys could have been imposed due to unexpectedness, while the animal kept it – the MS was informed.

– This sanction should be significantly increased, because in Poland, animals are often attacked by animals that have remained without proper supervision. Many children become victims of "beast dogs". The lack of sufficient criminal response to such cases causes a serious threat – emphasized the Department of Justice.

The regulation also added the amendment to the Criminal Code, according to which "it is responsible for a misdemeanor, the most restrictive character of a criminal offense that, at short intervals, using the same or the same possibility or the like, performs two or more intentional violation of the property, if the total value of the property justifies the responsibility for a violation. "

It was also decided to create an electronic register of perpetrators of criminal offenses against property, accused and convicted persons who are suspected of having committed such offenses. – The registry will serve the police, prosecutors and courts to make smart "professional" thieves commit less stealing in different cities, they are not responsible for individual criminal offenses, but have compiled the criminal offense – justifying the state.

The amendment also contains other changes. From 7 to 14 days, the time limit for the payment of the card should be extended, for example for traffic violations recorded by speed cameras, improper parking or non-snow pavement by the house. It was also possible to impose fines through a penalty card when the offense was discovered as a material recorded on technical devices belonging to citizens – for example, telephones, cameras or vehicle cameras.