Console rollercoaster. We look at the history, rises and falls of Xbox 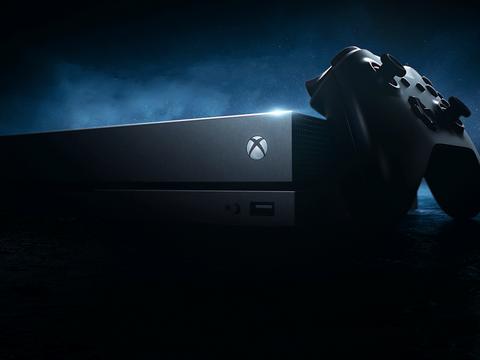 Microsoft entered the game console market in the most anticipated way – After the successful development of the Windows family of operating systems and many titles that have triumphs on current computers, everyone has been waiting for equal competition for Sony. The problem is that Japanese have already had several years of very fruitful experience and acted on the market as an absolute hegemon, in addition to being fresh after the premiere of PlaiStation 2, which, as it appears soon, is by far the most popular stationary console in history. The circumstances in the first industry were not so simple, but Microsoft is a real tycoon of the computer market, so if someone was confronted with the Asians, then surely the company was managed by Bill Gates.

Preparations for the debut of the first Xbox were long and additionally preceded the fruitful collaboration with SEGA in the production of cult Dreamcast, which is based on a special version of Windows. Well, but we know how this console is over, and that's not a story about a guy with a happy ending. In a way, Redmond found out where the mistakes were made and tried to avoid them in the production of their own equipment. 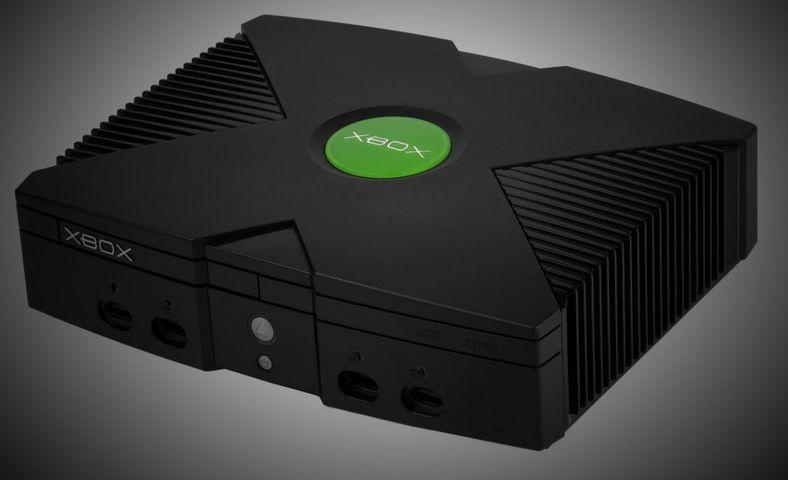 He made an official debut of the first Ksbok November 15, 2001but only in North America. The following continents had to wait a little longer – the Japanese received this equipment on February 22, 2002, and the Europeans – only on March 14th. However, with "Europeans" in mind, unfortunately, it is not possible to mention Poland, whose equipment officially did not arrive. In any case, the console may not have been very revealing, but some innovative ideas could not be denied – a hard disk that enabled the resignation of Sony's memory cards, and the presence of a network card suggests that Microsoft wants to open an online game. The very technical specification of the devices corresponded with the trends of those times – Pentium III, 64 MB of RAM and GeForce III graphics set is a set that today produces a salarious laugh, and then it is really decent.

This fact was generally appreciated by Americans who, within three weeks after their debut, bought millions of copies of this equipment at a price of $ 299. There is much worse entertainment in Japan, which in only four weeks was only 123,000 consoles. Sales began to slow down after a few months, which forced Microsoft to a solid price cut – already in April 2002 it was reduced to a level of $ 199, which proved to be a very good move. Interest increased rapidly, but the real revolution came exactly one year after the premiere.

Xbox Live – the new opening of the console

In November 2002, the Xbox Live Service started, which enabled the connection between players via the Internet. It is permitted not only for multiplayer games but also for the purchase of various add-ons or games – some success is confirmed by the fact that there were as many as 150,000 subscribers during the week, which at the time was a remarkable result. We all know that the future of Xbox Live has passed – today, without this significant addition, no one can imagine a Microsoft console.

Although Microsoft loses money on every copy of the first Xbox, all other elements of the Xbox ecosystem have been successful – Xbox Live has worked very well, and the games have sold very well. The most popular title for this platform was Halo 2 from the Bungie studio, which went to players in the amount of 8 million pieces. In any case – the strength of this brand should be the fact that Halo Combat Evolved closes the podium, and both productions dealing with the adventures of the chief boss are separated only by Tom Clanci's Splinter Cell. NBut the console, however, sold 24 million units, which of course, 158 million from PlayStation 2 sounds rather unusual, but it gave good prospects, especially after the Nintendo GameCube won.

However, after several years it turned out that the capabilities of the first Ksbok are not enough – since 2003, Microsoft has already worked on a successor named Xenon, and the results of these works were presented on May 12, 2005, when Xbox 360 was officially introduced. Tactical tactics – the November premiere of the new console was far away because it was the annual "handicap" for the PlayStation 3 and Nintendo Wii. As history shows, it was a move that gave excellent results. This time the Poles were the official premiere of the Xbox 360, but this happened only a year later, on November 3, 2006.

Premiere with the "red ring of death" in the background

Although in terms of technical specifications, the 360 ​​was pretty good many will remember another Ksokok as equipment due to technical problems, especially the famous Red Ring of Death, which is particularly at the initial stage of the console's lifecycle has become the cause of massive complaints, and in the end it has also extended the warranty period. This error shook the entire generation of this equipment, but finally the results of the sale proved really good, because Xbox 360 found as many as 84 million customers. However, it should be remembered that the life cycle of this console was very long – the production was completed only in 2016, and until almost 11 years after the premiere. Of course, there were two refreshed and thin versions of the console – Slim (Xbox 360 S) in 2010 and Super Slim in 2013, which could also boast an increased disk space, which allowed the installation of multiple games. 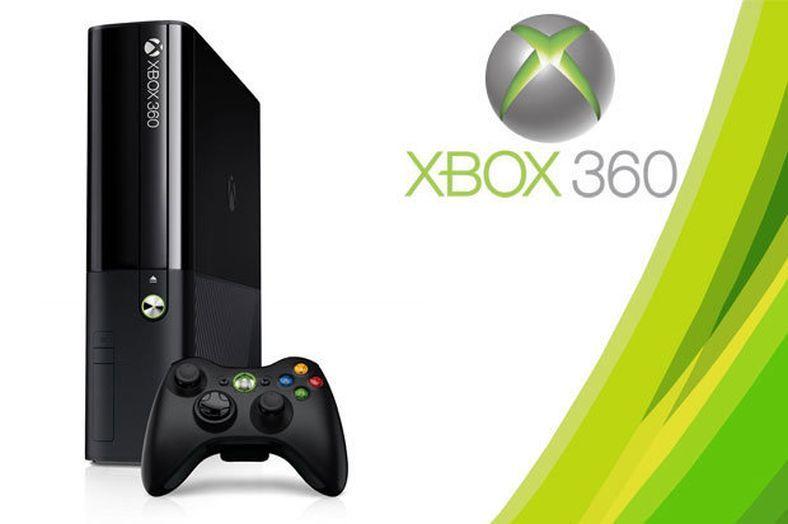 Those who have to admit that the premiere of the console was not lacking – among the initial titles we had at least an excellent project Gotham Racing 3, excellent Band Gun, Condemned: Criminal Origins and a whole series of sports from Electronic Arts. There was plenty to play, although it's impossible to hide that the vast majority of premier titles are moved from the computer.

In the Xbox 360 calendar, the second event left a strong mark – it was the Kinect premier of the Motion Controller, held in 2009, and during the first years of its presence in the market enjoys great attention. Suffice it to say that it is the best selling title for 360 Kinect Adventures, although much of the volume sold is probably associated with the presence of different packages along with Kinect. Unfortunately, in the following years, the interest in this device has dropped, although Microsoft has never officially withdrawn this idea, it is now a practically dead device. It is a shame that the concept was interesting, but unfortunately it is not appealing to the so-called Hardcore players.

An important achievement for Microsoft is the fact that Xbox 360 is globally sold better than PlayStation 3, which is about 5 million copies. On the other hand, the two of them reconciled Nintendo Vii, which was close to crossing the barrier of 100 million pieces. Which games are best sold on Xbox? GTA V is set behind Kinect Adventures, followed by Halo 3, The Elder Scrolls in: Skirim and Minecraft. Something for everyone. 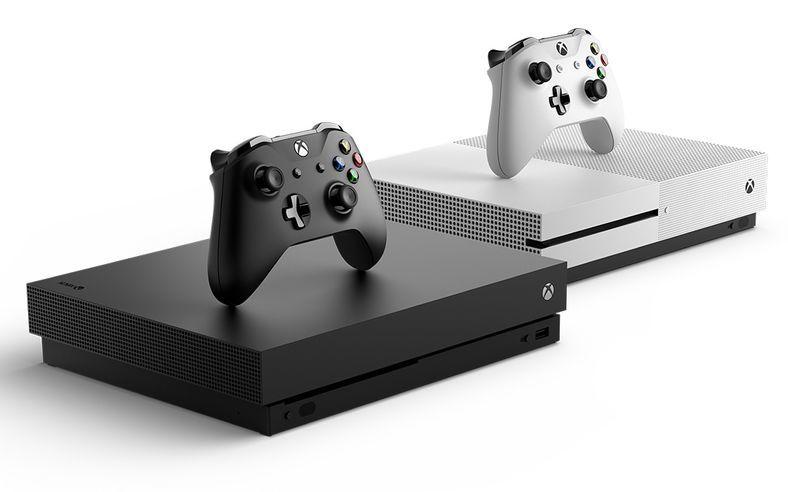 The successor of the Xbox 360 called "One" appeared on the market at the last minute – many have already complained about the small 360 options and the fact that Microsoft with Sony wants to squeeze its very popular machines until the last drop with the least effort. The presentation of the new console was highly anticipated and was held on May 21, 2013, while the market was premiered several months later, in November. Among the titles to start there was not a lack of loud productions, including Assassin's Creed IV: Black Flag, FIFA 14 or Need for Speed: Rivals, but all were waiting for exclusive productions for this platform. It was not too much, but some of them did – the Forza Motorsport series with its fifth part was traditionally high in form, we could play a good Dead Rising 3 or Killer Instinct. However, one can not hide that great expectations are related to Rise: the son of Rome, but this slasher set in antiquity has shown inferentially schematics and annoying.

Technology is not at this moment

As it turned out, many complained about the fact that the console was technologically postponed on the day of release. And in fact, we all counted on not only high quality visual environments and adequate liquidity in full FullHD, while many games that achieved a basic amount of 30 frames per second had to be displayed in lower resolutions. This is not what players expected, and Microsoft realized that after a few years, he presented two revisions of this equipment. The first, or Xbox One S, was pretty cosmetic – yes, multimedia support was added in 4K and HDR mode, but mainly to reduce the size of the console. A small revolution took place with the release of Xbox One X, which appeared in November last year.

Microsoft decided to overclock the processor and graphics and add RAM, which enabled the launch of a number of new titles in 4K or FullHD at 60 frames per second. The best results have been achieved in games that have appeared around the premiere of the console or after the introduction to the sale – in many previous cases, the patches were cosmetic and limited to scaling textures only.

However, these efforts have not helped much, because today we can say that Microsoft has lost this generation of consoles from Sony, and this is decisive. While PlaiStation 4 has already sold more than 80 million copies, Xbox One is about half of that score. It seems that one of the key factors was the lack of enough exclusive titles to drive the sale of this machine. The head of the plot dedicated to Xbox is only now trying to capture, as confirmed by the last E3 fair, but it is an investment that will only bring effects to the next generation of fixed-line consoles. If Microsoft does not abandon this course, the rivalry between the potential PlaiStation 5 and the new equipment from the Redmond giant can be infernal fascinating. Finally!

If you're wondering if you're buying a Microsoft console – there's a good reason for that. Xbox One Ks regularly turns out to be the best performer in graphic tests with the console, and the same prices are currently working at a fairly decent level.