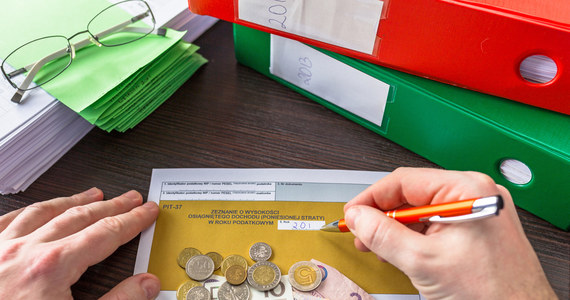 Business INTERIA.PL on Twitter. Join us and read the economic news

Because if the tax authority initiates preparatory proceedings for a tax offense or tax offense, the correction filed by the taxpayer will not protect him from the criminal consequences; it follows from the draft Polish agreement in which the Sejm is working.

This change will apply to both the correction of the single audit file and the tax returns.

A new regulation will appear in the tax penal code that will limit the possibility of avoiding liability for a tax crime or infraction. According to the planned art. Paragraph 16a. 3, the taxpayer will not be protected from a penalty if, before filing a correction, a preparatory proceeding is initiated in his case for a tax offense or offense (i.e., an investigation or investigation). The same will happen when a crime or tax offense is revealed in the course of the preparatory proceedings in another case.

This is a very important change for taxpayers.

– Today, if the taxpayer submits a correction of the tax return, which will be effective within the meaning of the tax ordinance and pays in full the reduced public law debt, the tax office can not initiate tax proceedings in this regard – he explains Monika Ruzik, EY’s lawyer. Remember that only corrections submitted during a tax inspection, customs and tax or tax inspection are ineffective, except for the periods strictly defined in the ordinance in the course of this procedure.

The expert now adds that if the preparatory processes are already underway, after the taxpayer submits the correction, it will stop.

– This means that, by filing a correction, you can release yourself from tax criminal liability, even when there are already tax criminal proceedings related to the provision of falsehoods or the concealment of the truth in the statement. – explains Monika Ruzik.

Michał Goj, tax advisor and partner at EY, admits that in extreme cases, the current solution can be used as an automatic mechanism to get rid of tax criminal sanctions. In his view, however, we are not talking about extreme cases, but an important instrument for protecting taxpayers who have misinterpreted the provisions.

– The current solution also encourages taxpayers not to understand conflicts with tax authorities. Filing a correction of the return to eliminate irregularities detected by the tax administration not only frees the taxpayer from the risk of liability, but also closes a possible dispute with the authorities – notes Michał Goj.

The amendment would mean that, from 2022, by filing a correction on the tax return, the taxpayer will no longer be sure that the tax office will not hold him liable for a tax offense or misdemeanor.

What this means in practice – explains Michał Goj: – Currently, it is important that taxpayers analyze whether the correction will be effective from the perspective of tax regulations. However, from 2022 onwards, the time to submit the correction will be the most important. It happens that tax criminal proceedings related to the falsity or concealment of the truth in a tax return are already initiated in the course of a tax inspection on the veracity of that return. After the changes, post-control correction and payment of arrears will not protect the taxpayer from liability under the tax code, as it is now – explains the expert.

– In addition, the authorities will not have to inform the taxpayer that art. 16th par. 3 of the Penal Code – points out Monika Ruzik.

Recall that tax authorities usually initiate tax criminal proceedings only to prevent a tax obligation from being prescribed. For this purpose, they use art. 70 par. 6 point 1 of the tax ordinance, which provides for the suspension of the limitation period in the event of initiating proceedings in the event of a tax offense or tax offense related to the breach of a certain tax obligation.

This practice of instrumental use of art. 70 par. Currently, the administrative courts are challenging point 1 of the ordinance, which was initiated by the decision of the Supreme Administrative Court of May 24, 2021 (reference number I SPF 1/21).

The Supreme Administrative Court ruled that the courts can control the tax office if they did not initiate tax criminal proceedings solely to prevent tax liability from expiring and therefore to give themselves more time to complete the tax proceedings. We wrote about this in the article “Enough clerical arbitrariness in suspending the limitation period” (“DGP” no. 99/2021).

– will cause (as is already happening) the suspension of the limitation period for tax liability,
– the taxpayer will no longer be protected from tax criminal liability, even if he submits a correction of the return or JPK_V7.

However, the good news is that by correcting the JPK_V7 registry part, you will no longer need to attach an active lament.

Accountants have been waiting for this for a long time. The problem arose on October 1, 2020, when the provisions on the new JPK_VAT came into force. From now on, it consists of two parts: registration and declaration. The record part is a book in the sense of art. 53 par. 21 point 3 of the Fiscal Penal Code.

At the same time, a new provision appeared: art. 61a, which introduced a sanction for presenting an unreliable or defective book. There is a fine, up to a maximum of 240 daily rates. If the act is minor, the fine is the same as for a tax offense.

These changes meant that when the part of the JPK_V7 (book) record is corrected, it is actively lamented according to Art. 16 of the Fiscal Penal Code and not art. 16th of the Commercial Companies Code, which refers to the correction of the declaration. This was confirmed by the Ministry of Finance in response to the DGP’s question, about which we were the first to announce in the article “When you correct JPK_V7, you may need an active lament” (“DGP” No. 200 / 2020).

This would only change with the entry into force of the Polish Treaty. The draft assumes that, as of January 1, 2022, modified art. Paragraph 16a. 1 of the Code of Criminal Procedure. According to him, “the perpetrator of a prohibited act related to the filing of a statement or the submission of a book shall not be punished, if after its commission a legally effective correction of the statement has been filed or of the book to the tax authority relating to the obligation, the incorrect execution of which constitutes this prohibited act “.

If this act entails a reduction in the state budget, the criminal tax sanction can be avoided as long as the budget payment is settled (art. 16a, section 2, of the Penal Code).

After the changes, the post-control adjustment and payment of arrears will not protect the taxpayer from the liability established by the Fiscal Penal Code.

Legislative stage: Draft amendment to the PIT, CIT and other acts of printed Sejm no. 1532 – after the first reading.

After the introduction of the Polish order, some employers will waive the fixed tax
Business Newseria