Home / poland / How do you know a liar, how to recognize a lie? Expert advice 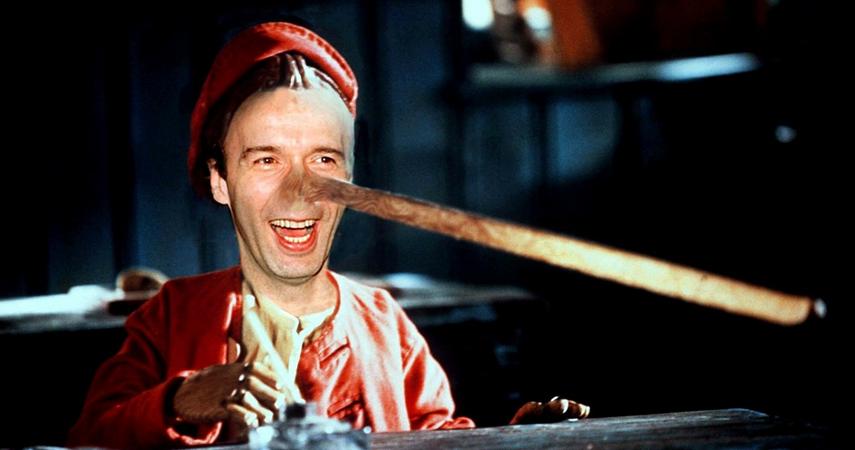 A liar can be recognized even without direct contact – only observing the person's body language. Five key tips on how to recognize lies are Mark T. Hofmann, a German expert in information analysis and criminal profile specializing in crimes committed in the business, one of the best known in his industry.

Mark T. Hofmann was trained in the psychological profile, the diagnosis of lies and forensic psychology in the United States. He is not only author of books and speakers, but has also advised information agencies, police, governments and companies such as Microsoft, Red Bull, PwC, Deloitte, MasterCard or Airbus. Mark Hofmann will be the guest of the Business Insider Trends Festival this year.

As noted in an interview with Business Insider Polska, he prefers the term "analyst" instead of "profiler." – Broadcasting on television is often seen as a magic trick. The creator arrives at the crime scene and immediately knows what happens, through pure intuition and without analysis, he adds. As explained, the analysis is associated with the analysis of, for example, data, and not as innate talent or intuition. In the case of his profession, he adds, "the analysis" reflects better the nature of the real activities.

Add this Detect a lie to a process in several stages in which different methods are used – Analysis of both linguistic and non-verbal signals. Added to this are investigations about lie detectors and questioning techniques. – If these methods are combined, good results can be obtained – emphasizes Hofmann. And the intelligence agencies go further – and they use, for example, brain scans and artificial intelligence analyzes. And although, according to the expert, these technologies will be the future in recognizing lies, traditional methods – especially for their own use – also pass the test, although they should not be treated as a way of verify the veracity 100%.

So how do you recognize a liar?

As he says in an interview with BI Polska Hofmann, Reliable signals that denote a lie can be collected at the level body language. – It will not be 100 percent. apt, but can warn against a potential liar± – put the accent on the expert. I explained:

Sometimes the spoken language may distract you. When I watch video recordings from auditions, I first watch them soundless. Then you can see non-verbal signals without sharing your attention. Regardless of whether words are convincing, the body often says something else.

The first person should be observed in a normal state when he is not lying. This approach is the basis of any modern questioning technique used by the police and intelligence agencies around the world. Before recognizing a lie, you need to know what the truth is like.

It is necessary to observe how a person manages when he is relaxed and does not lie, for example, how often he takes a look. Hofmann explains why mothers usually recognize immediately when their children are lying: they know their basic behavior "out of the way." And they can do it even without the ability to consciously determine exactly what the child has done differently: they only notice all deviations from the base.

Of course, each person has a different "base" of behavior. For example, someone can blink 85 times per minute when he is not lying and we will see that this frequency is suspicious. – So, if the observed person crossed their arms suddenly and never does it, something may be wrong. But if he does so constantly, this signal will not make sense – explains Hofmann.

Therefore, there are no gestures or universal behaviors that testify to a lie: each case is individual and only compares the situation of telling the truth and the lie, conclusions can be drawn on the language of the body.

2. Once you have learned the basic aspects of behavior, observe the micro-expression, the visual contact, the frequency and the intermittent gestures

As Hofmann says, Micro-expression is, for example, a change in expression of the face for a short time that does not coincide with what the person says:

In the case of politicians, this usually happens at the end of his statement. They see in front of the camera, they say, and as soon as they finish the speech and they deviate from the camera, the mask falls and you see what they really think. Sometimes you see that they feel guilty, even if they say they are innocent. Sometimes you see the dislike on their faces, although they apologized for a moment.

In the case of visual contact, the observation of the behavioral base mentioned is very important. – Most people maintain eye contact for 60%. normal talk time. Some more, others less. This also varies according to country, culture and person. However, when people find themselves, they usually keep eye contact with more time. So if someone who usually maintains contact in 60 percent conversations, suddenly it is observed in your eyes. – The expert goes on.

It may be useful to observe how often someone blinks. Compared to the base, they usually blink much more often during the lies. Most of us, however, do not know how often blinks.

In terms of gestures, as Hofmann points out, one can notice a rule: liars often make them less than normal, compared to the base.

See also: 7 difficult tricks of body language, whose mastery will bear fruit in a career

3. Listen to what and how the person speaks

The second layer of lies recognition is the analysis of language and the way of speaking. As the expert explains, The liars are often, though not a norm, they become more formal when they are found. They will use a less colloquial language, fresher than when they say the truth. Again, however, it is necessary to observe how a person communicates when he is not lying, because some people simply can have a formal and rigid speech style or that is, for example, the details of their work.

Hofmann, however, points out that Your favorite indicator is a too detailed answer to the question:

The liars give long answers to simple questions. If you ask someone if he took your money, the honest person will answer "no". However, the liar immediately explains that they are not them, they have an idea of ​​who they can be, why they would not do it and why it would be stupid. It also works well in business, for example, with questions like "Can you provide a report on October 10?". It's an easy question to answer yes-no. Be skeptical if the answer in this case is erased.

A track that someone is lying can also repeat the question that you have heard. As the expert explains, long answers and numerous details can act as a lie in situations where someone can prepare, expect a question. – When you take someone to the act, the liars tend to repeat questions. "Honey, where was it last night?" – The couple will respond: "Where was it yesterday night?". These three seconds of repetition are liars needed to get an answer – points out Hofmann.

These methods can work even in the case of … written messages

When you ask if these methods work, for example, in the communication through video conferencing systems, Hofmann responds briefly: yes, but we always have to know the basis of a person's behavior.

But what happens if we do not see someone, but we only receive a sound or text? – In this situation there are still some signs that can indicate a lie: a more formal language or a number of details larger than normal in the statement. – It works sometimes even for written messages – The expert emphasizes And it indicates that, for example, it is alarming when someone begins to say "swear" or "be honest":

When someone is exceptionally formal or insists that something is true, there are usually good reasons to suspect that this is not true. When I ask a question and answer a long message, no emoji, with perfect punctuation, etc., I carefully review the message.

Hofmann adds that There are already studies about lies that are used in the WhatsApp application and, according to them, for example, messages that contain the word "try" often turn out to be lies.. – Often, when someone says they will try to do something, he is too scared to admit that he will not do it, explains the expert. And summarizes: Normally, when someone writes that "he will try to come to the party … statistically he does not arrive to him.

Trend Festival: Find out about the most important trends in the business


More information about the web site of the conference trendsfestival.pl.

YOU WANT TO KNOW: