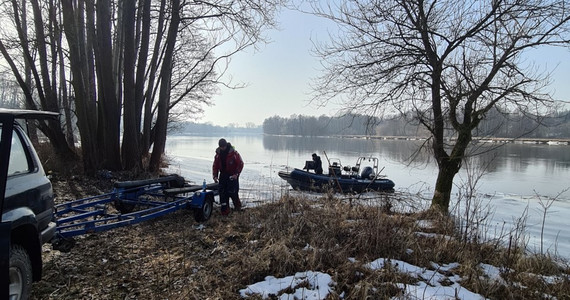 The tragedy happened on Sunday. On the death of Jan Lityński, a former “Solidarity” activist, as well as a former deputy and adviser to President Bronisław Komorowski, Reported Eugeniusz Smolar, another opposition activist in the People’s Republic of Poland. Former KO MEP and former Science Minister Lena Kolarska-Bobińska said Lityński drowned while rescuing her dog. A tragic accident happened on the Narew River.

This information was confirmed by the spokesman of the Police Headquarters, Inspector Mariusz Ciarka. – In Pułtusk, at the height of ul. Wyszkowska, walking down the flood embankment, the man entered the Narew River, wanting to get his dog out, under which the ice had broken. According to his wife who witnessed the incident, the man drowned – said the insp. Sloe.

Maciej Rokus, head of the special group of Polish divers, in an interview with Onet described the appearance of Jan Lityński’s search operation. – At the request of the friends and wife of Mr. Jan Lityński, from Wednesday night to Saturday inclusive, the special group of Polish divers searched for the body in the Narew River. We analyzed Polish Waters information on the flow and height of the water table on the day of the incident. On Friday evening we decided to organoleptically examine two fallen tree blocks using professional divers for objects that geometrically resemble a human body – he said.

As he added, “on Saturday morning, GSP RP divers dug the body of a missing man several hundred meters from the site of the drowning.” – The staff of people who previously conducted research activities, ie the State Fire Service and the police, is important to us – said Rokus. It was previously reported that the group under his command joined the search on Saturday.

Elżbieta Bogucka, wife of the late Jan Lityński, stressed the importance of the attitude of her husband, who wanted to save her dog at all costs.

“I lost my life yesterday, my heart. Everything. I was in great shape, but not enough to get out of there,” she wrote on Facebook after her husband’s death.

Jan Lityński was born in 1946. In 1964–1968 he studied mathematics at the University of Warsaw. He was an organizer and participant in student speeches in March 1968. He organized the collection of signatures on the letter in defense of Adam Michnik, participated in a demonstration against the withdrawal of “Dziady” from the repertoire of the National Theater. He was later sentenced to 2.5 years in prison and relegated from university. He worked as a day laborer, then a computer programmer.

In 1976 he co-founded “Biuletyn Informacyjny”, the first magazine published outside of censorship. Arrested many times. In 1977 he was co-editor of Robotnik, an independent magazine for the establishment of free trade unions. He became a member of the KSS “KOR” and an associate of the KSS “KOR” Intervention Office.

In 1980 he became an adviser to the authorities of NSZZ “Solidarność”. He was the author of the Message to the workers of Eastern Europe, adopted by the I Congress of Solidarity. In 1981, during martial law, he was interned and then arrested. After escaping from prison, since 1984 he was active in hiding Solidarity as a member of the Regional Executive Committee of the NSZZ “S” Mazowsze region.

In 1989 he participated in the Round Table talks. He was elected to the Sejm contract of the province. Wałbrzych. He remained a deputy until 2001. At that time he was, among other things, chairman of the Social Policy Committee and the Special Services Committee. Since 1990, in the ROAD of Tadeusz Mazowiecki, then in Unia Demokratyczna and Unia Wolności (vice-president).

In 2008-2010, PLL LOT social affairs advisor, dispute mediator. From 2010 to 2015, adviser to President Bronisław Komorowski for contacts with political parties and circles. Apart from his political activity, he was the author of numerous publications in the Polish and foreign press, incl. “Wyborcza Gazette”, “Rzeczpospolita”, “Newsweek”.