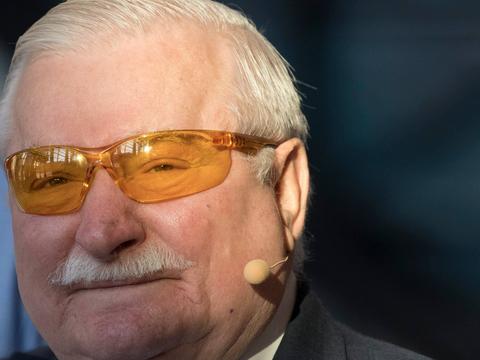 – During these hundreds of years we had to rebuild Polish statehood three times. For half a century, we were free. We also experienced how easy it is to lose independence. At the decisive moment there are enough irresponsible politicians, writes Your.

– Thanks to the ethos of solidarity, we have led to the return of freedom and the change of the political system without violence. We built the rule of law. The idea of ​​a bloodless revolution has been launched in other countries and has changed the world order – continues the Nobel Prize winner.

– Although our transformation took place without sacrificing, we did not escape mistakes. Despite Jacek Kuron's extraordinary efforts, we did not use the social and solidarity of the potential of the system we are creating – writes the legendary Solidarity leader.

"East is waiting for what we will do with our freedom"

– We did not even imagine that lust for power and complexes could take advantage of the Poles' aspirations in such a destructive manner. This democratically elected government can, due to its short-sighted goals, lead to loneliness, weakening and disarming of Poland (…). East is in the east. It is waiting and waiting for what we will do with our freedom – adds the former president.

Your continues to sin settlements with mistakes from the past. – Like in the Second and Third Polish Republics, after a generation that grew up in a democratic system, the habit of shortcuts prevailed. I also succumbed to him. And that's why I apologize to Poles, "he writes.

– Therefore, I know that any attempt to circumvent the procedure poses a threat to democracy. And his cost always goes beyond the supposed benefits. It was necessary to look at the real intentions and hidden ambitions of those who are encouraged to accelerate – estimates the former Solidarity leader.

"After winning elections, our country will have to be repaired"

Laureate of the Nobel Peace Prize critically writes on the rule of law and justice: – Today, facts are removed from politics and history. It jeopardizes the idea of ​​parliamentarism. Methodically, it violates the constitution and dismantles the rule of law (…). After winning the elections, we will have to fix our country, building many of its institutions from scratch. Unfortunately, removing social damage will give us more time than this power – he adds.

At the end of his letter, Lech Vałes announces: – fundamental changes are waiting for us. We need an effort to read them well. We recognize our community in action – he concludes.

Do you want to keep up with the most important day information? Like onet news on Facebook!