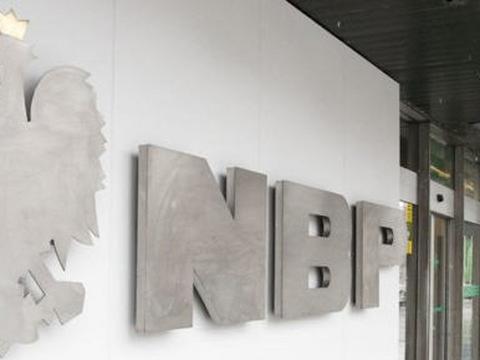 The meeting of the Financial Stability Board (BSC) lasted for several hours. As was announced in the evening on TVP and TVP Info, the chairman of the National Bank of Poland Adam Glapinski, representatives of the NBP, the Ministry of Finance, the Financial Supervision Commission and the Bank Guarantee Fund took part.

The statement from the KSB meeting was delivered by the Ministry of Finance in the night. As we read, the topic of the meeting was to discuss the "current situation of the banks: Getin Noble Bank SA and Idea Bank SA", i.e. Two banks belonging to businessman Leszek Czarnecki.

"The members of the Board heard representatives of both banks, who informed that these banks have taken appropriate actions and regularly settle their obligations towards clients" – it was written in a statement after the KSB meeting. As it was added, "the National Bank of Poland has expressed its readiness to instantly launch liquidity support in order to service its obligations to its clients."

The Financial Stability Committee reminds that saving depositors on interest-bearing bank accounts guaranteed by the Banking Guarantee Fund to an equivalent of 100,000 euros. Getin Noble Bank SA and Idea Bank SA are participants in a deposit guarantee scheme, "the statement said.

"All institutions that create the Financial Stability Board have confirmed that the financial system is stable, while simultaneously monitoring the situation on the current basis and are ready to take the necessary measures to support the stability of the banking system within its competencies," it said in a statement.

"Gazeta Viborcza" wrote last Tuesday that in March 2018 the then KNF President Marek Chrzanovsky offered the Getin Noble Bank service in exchange for about 40 million PLN – that is a fee for a lawyer named KNF. Leszek Czarnecki recorded this offer and informed the prosecution about the suspicion that he committed the crime.

According to "GV" from the record whose transcript of the Czarnecki was transferred to the state prosecutor's office together with the criminal report, Chrzanowski appeared to offer him the following services: removal from KNF Zdzisłav Sokal – representative of the president in the Commission and head of the Banking Guarantee Fund – because he supports the acquisition by the state of the Czarnecki banks (Getin Noble Bank and Idea Bank); alleviating the financial consequences of increasing the so-called higher risk (this costs the bank about one billion PLN) and a friendly approach to the KNF and NBP according to the plans for restructuring banks Czarnecki.

Lawyer Czarnecki, attorney Roman Giertich, announced on Saturday that he will file a video clip of businessman, owner of Getin Noble Bank Leszek Czarnecki with the then head of the KNF, Marek Chrzanovsky and other representatives of the KNF, which was made in July this year . He also informed about the submission of another notice to the prosecution, which refers to the "criminal offense of Abuse of Authority", but also indicates "the possibility of an organized criminal group whose aim was to lead to the takeover of the bank Leszek Czarnecki"