November 12th. Is there a trade ban then? 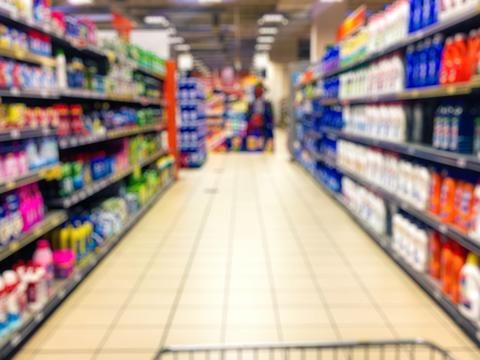 Yesterday the Senate adopted the Senate Amendment to the Statute which it established on November 12, 2018. National holiday and free work on the occasion of the 100th anniversary of the withdrawal of the independence of the Republic of Poland. One of the adopted amendments deletes Article 3 of the Law, according to which on November 12 the rules restricting trade on Sundays and holidays in institutions, such as shops, wholesalers or department stores. The law, yesterday, was signed by the president.

WE RECOMMEND: Big chaos around November 12th. Order of the President of the Court: to inform the parties that the trials will take place … or not

– This means that November 12 will apply the Law on Trade on Sundays, with all its consequences. Employers, those who are entrepreneurs and their family can stand behind the counter, and employees can not work – said the labor inspector Viesłav Łiszczek. According to the Trade Restriction Act on Sunday and holidays, the store owner will be able to open it on Sunday, when the sale will be made in person "in their own name and for their own account".

November 12: shopping centers or large shops will be closed

Accordingly, as Łiszczek underlined, therefore, there will be closed shopping centers or large shops. The law provides a list of inclusions including shops where you can trade on vacation. It will be allowed, among other things, in bakeries, confectioners, liquid petrol stations, florists, souvenir shops, warehouses, public transport carts, tobacco products, post offices. Purchases may also be purchased, including in retail facilities at railway stations, at airports, in free zones, in public transport.

– The above situation may be in conflict with the provisions of the Law of 12 November 2018, but it should be remembered that the National Labor Inspectorate is responsible for overseeing the respect and enforcement of labor laws, including control of the adjustment of entrepreneurs with the provisions of the Trade Restriction Act – said General Manager of the Polish Trade Center Council Radoslav Knap.

– It should be noted that, despite the lack of legal bases for the publication of such guidelines or guidelines by the National Labor Inspectorate, this practice was taking place also in relation to the Trade Restriction Act on Sunday – emphasized the director of the PRCH.

– In view of the above, it seems legitimate to recommend, despite all of this, the respect of the position of the National Inspection Inspectorate who acknowledges the necessity of applying on 12 November 2018 the provisions relating to the restriction of trade and trade-related activities on working days on Sundays and public holidays, although, unfortunately, does not follow the provisions of the Law – said Knap.