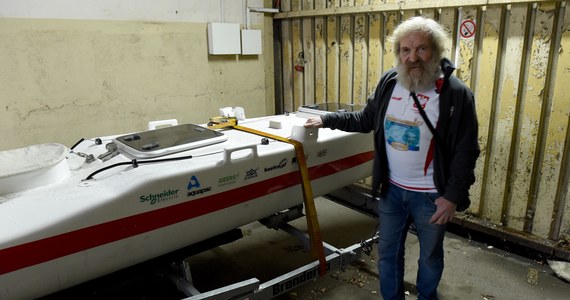 "Today I'm still a traveler, not a politician, and let him stay that way," Aleksander Doba wrote on Facebook, who resigned from the mandate of advisers in the regional council of Zachodniopomorskie. The passenger competed in the Regional Council of the KVV, the local self-government of the Independent Party. He received 9217 votes. The 72-year-old Age should have been the oldest adviser to the Zachodniopomorskie Regional Council. In a post on Facebook he explained the reasons for his resignation; as he pointed out, as a traveler it is difficult to adhere to the "rigid rules of the Regional Council".

As you know, I decided to give up the mandate of the councilor Zachodniopomorskie Voivodship – We read in the passenger entry. It was not an easy decision because I am aware of the confidence that voters gave me. The number of votes I received was a surprise and a difference for me. Thank you very much! Through respect for you, I wanted to explain my decision that I made, guided by the responsibility for the affairs of our region – wrote Doba.

I was a candidate because the values ​​of the movements that I represented were and still are extremely important to me. However, in the first place I am a traveler whose calendar is hard to respect the rigid rules of the Council's work. The fact that I'm currently traveling is proof, so I could not even appear personally at the inaugural session. I'm afraid there will be more such situations, so I could not fulfill my duties, and as you know, if I do something, I dedicate 100%. – explained Doba.

Today I am still a traveler, not a politician, and let him stay. That is why I give up my mandate and I ask you not to blame me. I am sure that our successor will very well present in the regional council. And I will continue to be the ambassador of the police and West Pomeranian voivodeship in the world – traveler sumira.

The mandate of Dobija passes to the current wife Marii Ilnicka-Madri.

Alexander Doba triumphed three times in the Atlantic Ocean three times; there are also weapons and the Baltic Sea and Lake Baikal. He won the title "Traveler of the Year 2015 National Geographic".