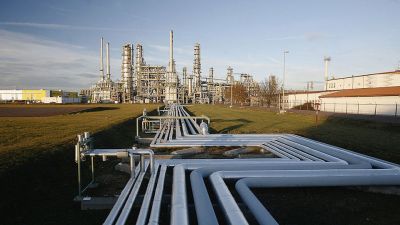 The Polish government informed the International Energy Agency about the launch of state oil reserves – informs rmf24.pl. Lotos also agrees with the Agency for material reserves for the use of strategic reserves of crude oil. In connection with the contamination of the Russian oil REBCO, which flows through the Druzhba gas pipeline, the PERN retained the receipt of the raw material a week ago.

Oil contaminated from Russia. The Czechs have launched strategic reserves

The Czech government has decided to provide the reserve of Unipetrol, which belongs to PKN Orlen, with oil reserves in relation to contamination of the raw material …

"Poland has notified us that it is launching extraordinary oil reserves to maintain the normal operation of its two refineries," said S & P Platts Press Agency, which deals with the extraction of raw materials .

As said the vice president of the conference, Lotos Robert Sobków, during the conference, oil reserves are only for use if necessary and in the short term, but "in the coming months we have secured the stability of the production ".

In connection with the contamination of the Russian oil REBCO, which flows through the Druzhba gas pipeline, the PERN retained the receipt of the raw material a week ago. The level of pollution can cause physical damage to refinery facilities; The pollution appeared on April 19.

Russian President Vladimir Putin acknowledged the issue of oil pollution in the Druzhba gas pipeline due to very serious economic, material and image damage to the country. Putin met with the head of the Transneft group, Nikolai Tokarev, that day.