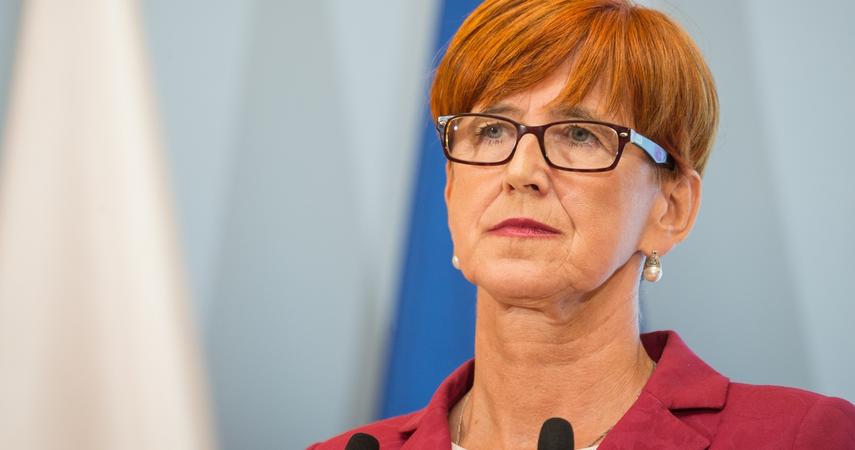 "Poland has one of the lowest rates of wage unemployment in the EU," says Minister of Labor and Social Policy, Elżbieta Rafalska. As explained in an interview with PAP, women in Poland earn 7%. less than men, while the EU average is 16.2 per cent. This does not mean, however, that the situation of women in the Polish labor market is much better than in other European Union countries, as there is a catch on this data.

"Poland is, therefore, one of the five countries with the lowest gap rates among all countries included in Eurostat." In 2016, the lowest wage gap was only in Romania, Italy, Luxembourg and Belgium, "the minister stressed.

The minister also noted that "false" is the thesis that there is a "big difference in salaries for men and women" in Poland. This is true, but only when we look at the average data, because delving into the details is not so good.

Salaries for men and women in Poland. The devil is in the details

Rafalska realized this In the EU countries, the gap is higher in the private sector and low in the public, and also in Poland. In the private sector difference in wages between men and women in Poland reached 16.1 percent., which is more or less the average in the EU. This is important, what In our country, the private sector uses, according to Calculations EY, 68% all employees (data for 2015), while the public sector is 20.8 percent.

On the other hand, in the public sector, the wage gap ratio was 2.8%, which clearly shows it After obtaining an average, we get a good result for all employees. but for the majority, employed in the private sector, the salary difference will be almost double that the average of the group Polish

It's even worse when we enter the details of some sectors of the economy. In the financial sector and insurance women earn an average of 30.4 percent. less than men, while in the information and communication industry it widely comprised of 25.9%. According to GUS data for 2016, the difference in the income of women and men in banking can be as high as that of 3,000 PLN for men.

There should be no justification for gender-based labor discrimination

It is true that women, not only in Poland, often have less confidence in the work than men, which are mainly derived from cultural roles and other social factors. However, we must explain it even if it is, some businesspeople only benefit, but they do not justify labor discrimination based on sex in any way.

Therefore, it should be noted that this situation has to be invested: There are not women who have to be "difficult" to demand their salaries, When they are discriminated against, only managers should ensure that there is no salary discrimination in their companies.

The best example of this action is SalesforceManaging Director Marc Benioff ordered simply equalization of salaries for women and men when it was discovered that there was a wage gap. The company allocated 6 million dollars in the first reflex, thanks to which 10 percent. The women employed there received increases in one year.

France has asked companies to compensate for salaries subject to sanctions

In an interview with PAP, the Minister of Labor also indicated that, according to the PwC ranking that analyzed the situation of women in the labor market, Poland is one of the countries that makes the biggest leap in terms of balancing the gender situation in the labor market. And in fact, in 2018, Poland took the 9th place in this ranking, which was a promotion for ten positions since 2000. In addition, according to the OECD, The salaries of men and women in our country will even reach 2021, which is a good result compared to many developed countries.

According to the Minister of Labor, the reduction of wage inequalities is due to the fall in the level of unemployment among women and the increase in the employment of women working full time:

He also recalled that Elżbieta Rafalska In Poland there is a discrimination prohibition based on sex and age – These factors can not be a reason for the difference in salary. It is similar in many other countries, but it does not eliminate the wage gap. Therefore, among others The United Kingdom and France introduce a law that obliges companies, under threat of sanctioned sanctions, to reveal the differences in men's and women's wages and their possible equalization.

Thanks to these regulations, for example, it turned out that one of the largest banks in Europe – British Barclays – paid an average of 26% of women. less than men, and women's allowances are still lower by 60 percent.

In Poland, several large companies – including MasterCard, Microsoft, Citi Handlowy and Coca-Cola Poland – set the 2018 "Champion of Change" initiative, whose main objective is to eliminate the pay gap in these companies as soon as possible . In 2016, a similar initiative was created in the USA, where more than 50 major companies – including Apple, Cisco, Pepsi, Facebook, General Motors or PwC – committed themselves to offset wages and annual analysis.

However, it's worth adding it relatively quickly in the context of the EU, the elimination of the wage gap does not translate into the general equality of women and men – According to the European Institute for Gender Equality, Poland leads "relatively badly" in this regard.

According to the OECD, women account for less than 40 percent. global human capital due to lower earnings. Equality in this area can increase human capital by 18%. In turn, according to the Citigroup bank report, the influence of women in the economy over the next decade will be greater than that of the Chinese and Indian populations.