Road S6 and part of A2 highway with EU subsidy 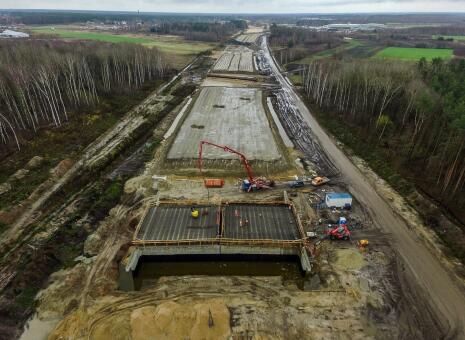 The contract was signed by the EU Transport Project Center and the General Directorate for National Roads and Highways.

The co-financed part of the S6 route will be 41 km long and the planned completion date of this investment is October 2021. The total construction costs will exceed PLN 2.03 billion.

The construction is divided into three tasks:

– village Luzino (without a knot) – village Szemud (with a knot),

However, the section of the A2 highway covered by the co-financing agreement will be almost 15 km long. Total costs are estimated at almost PLN 830 million. The planned completion date is June 2020.

Investment works within the assignment are divided into two sections:

– Konik knot (without nodes) – the beginning of the bypass Minsk Mazowiecki long over 9 km.

Through the length of the A2 Varszava – Minsk Mazoviecki, a two-lane carriageway with two bars is planned, with a reserve for the third lane.

– We use European funds to expand the possibilities of transportation and communication in the country's road traffic. We are extremely pleased that EU funds support investment initiatives – the Minister of Infrastructure Andrzej Adamczik has commented on the signing of the contract.

– It should be very clear that national funds, which are the derivatives of the government's decision in 2017, that is, the increase of the national road border limit for the implementation of travel investments to 135 billion PLN, is the basis for all investment projects on Polish roads, he added.

Minister Adamcik said that the fragment of the S6 road, which was co-financed, is the so-called Kashubian route, which will improve communication west of the city.

He added that in the case of highway A2, which will receive funds, the extension will be east of the southern bypass of Warsaw. – Not only residents of Warsaw are waiting for this investment, but all those who are ready to overcome this difficult path – said Adamczik.

Minister of Investment and Development Jerzy Kviecinski, who was present at the conference, said that in the current budgetary perspective of the EU, around 2,000 zlotys will be created in Poland. km of highways and highways.

– The Directorate of National Roads and Highways is the largest user of the infrastructure and environmental protection program. (…) In this financial perspective, we want to build more expressways and highways than in the previous one. Our plans are about 2 thousand. km of highways and highways in the current perspective. Let me remind you that in the previous perspective there were 1.5 thousand. km – emphasized Minister Kviecinski.