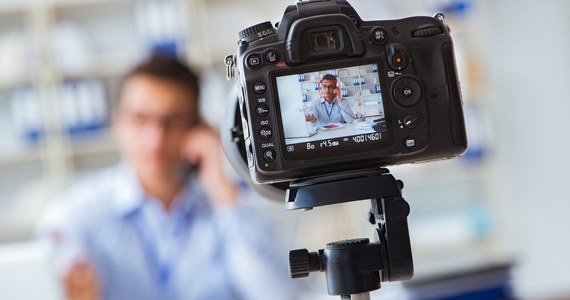 Over the past year, as a result of the combination of three important factors, namely the pandemic, globalization and digitalization, remote work with a privilege available to the chosen ones has become a commonly binding reality. The changes we have been and are witnessing are universal and have affected virtually every office worker, regardless of industry, country or continent.

Along with the changing mindset of both employers and employees, as well as the popularization of the remote work model, the popularity of self-employment has also increased significantly. Also the role of the self-employed and their impact on the economies of each country.

– The value of the global autonomous market in 2021 will amount to 3.45 trillion dollars, with a growth of 15%. aaaaa There are already 1.1 billion self-employed people working there worldwide, of whom 35.5 percent. there are self-employed people in Europe, more than on any other continent. – says Przemysław Głoś, Chairman of the Board of Useme.com.

However, the most valuable market is the North American continent, with the dominant share of the United States. In the United States, the self-employed will create value this year, bringing a value to the U.S. economy of $ 1.4 trillion (5.7% of U.S. GDP).

Last year the number of self-employed in the United States was 53.3 million professionals, up 8.1%. compared to 2019. With the growth rate observed in recent years, it is estimated that 67.6 million Americans (42% of the workforce) will work as self-employed by the end of 2021. If this trend continues, more than half (50.9%) of the U.S. workforce will be self-employed in 2027. This will have a significant impact on how business and project management is conducted worldwide.

The report “Freelancing in Poland and the world 2021”, prepared by analysts at Useme.com, shows that the freelancing market in Poland is also growing very dynamically. Both in terms of market value and the number of professionals involved.

– In 2021, more than 270,000 professionals work as self-employed in our country, with a dynamic of 7%. aaaaa The value of the entire independent market in Poland will increase by 27%. and will increase to PLN 15.4 billion this year. – says Przemysław Głoś, Chairman of the Board of Useme.com. – Contrary to the fears of many, the pandemic not only did not stop the development of this market, but accelerated it both globally and locally, that is, in Poland. – adds Loud from Useme.com.

When it comes to aging, as in the case of global freelancers, the self-employed are mainly young and middle-aged people. Most people, up to 50.3%. ranges from 26 to 35 years. The younger (19-25) and older (36-45) groups account for about 20 percent. all self-employed. Almost 5 percent of specialists who perform contract work are between 46 and 55 years old. The vast majority of self-employed Poles (67.3%) have higher education, and 15.1 percent currently studying.

The largest percentage of subcontractors are engaged in text writing and social media: 26.4 percent. Every fifth (21 percent) freelancer is a graphic designer and 10.5 percent is an independent artist. create websites and online stores or services in the fields of photography, video and animation. Another 7.3 percent. of the respondents indicated programming and computer science as the main area of ​​their activity. It was followed by industries such as translation (7.1%), SEO and SEM (3.4%).

If we look at industries from a gender perspective, we can see that the largest number of self-employed people are engaged in newsrooms and social networks (20% of all respondents). Other specialties with a strong female representation are graphics (10%) and translations (5%). Among men, the largest group are graphic designers (11%), followed by specialists in creating websites and online stores (8%), as well as programmers and IT professionals (7%).

Self-employed people in Poland usually choose their home as a job (91.1%), the same as in the global data. They are also concerned with the proper balance between professional and private life. They devote time to executing commands similar to the hourly dimension of full-time work. 41.7 percent work on orders of up to 4 hours a day, 24.7% spend 4 to 6 hours on projects and 16.7 percent. orders take 8 to 10 hours. Only 5.1 percent. with self-employed people spend more than 10 hours a day.

During the year, most people go on vacation and only every fourth respondent admits that they only stop work on weekends or not. Compared to previous years, there are still fewer self-employed on longer vacations than before the pandemic.

Self-employed people in Poland win orders in various ways. They often come from regular customers (66.7%) and from recommendations or recommendations (61.2%). Then came Polish advertising portals (42.3%) and social networks such as Facebook and LinkedIn (36.6%). More than ⅓ of the respondents state that customers get in touch with themselves. Few look for orders on foreign portals with advertising (8.5%) or make their own ads (6%).

The services of the self-employed are mainly used by micro-enterprises (40.4%), ie individual companies and companies that employ up to 10 people, as well as small and medium-sized enterprises (34.5%).

In one month, respondents typically perform between 1 and 3 orders (33.1% of responses). The number of individual projects is strongly correlated with the duration of the service. 42.9 percent of people who started working as self-employed no more than a year ago, manage up to 3 orders a month and this percentage is much lower in the case of self-employed with more than 10 years of experience (23 , 1 percent).

If we look at the dependencies between industries in the number of orders placed per month, we will see that freelancers working with virtual assistants mostly (66.7%) make up to 3 projects a month, while web developers place 5 to 10 orders . during this time. On the other hand, translators usually participate in long-term projects (28%).

As Useme.com research shows, self-employed income grows dynamically every year. Despite the pandemic, the percentage of self-employed earning more than PLN 5,000 per hand (17.7% of respondents) increased one more year, giving a value of 45%. more than the previous year. Looking more closely at changes in profits, 52.4 percent. the self-employed declare that their income has increased, and 31.5 per cent. stated that it remained at the same level.

In distributing the results obtained in individual industries and this year, it is not surprising that the group with the highest profits are people involved in programming and the computer industry widely understood (20 percent earns from 5,000 to 10,000 PLN net and 26 percent earn more at hand).

The second place, with a slight difference, is occupied by the advisory and consulting industry (35% between 5,000-10,000, 18% out of 10,000 net). Other specialties that provide more freelance income are translations, video photography and animation and positioning (SEO and SEM). More than PLN 5,000 per hand in these groups, earns 17 percent, 16 percent, respectively. and 16 percent subjects.

REPORT ON THE USEME.COM PLATFORM.