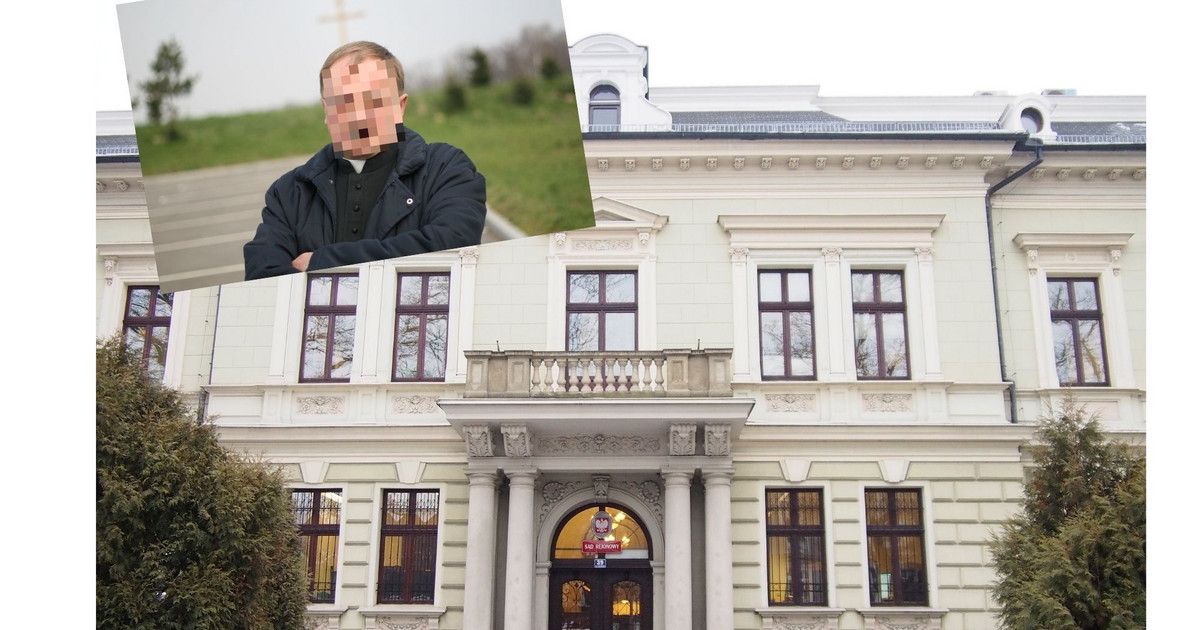 Recall that in September last year we published a report on Onet, in which we presented the story of men who, years later, accuse a former priest of the parish of St. Mary Magdalene in Międzybrodzie Bialskie, priest Jan W. (incomplete name due to pending processing processes).

– When I was a teenager, I joined the liturgical service and I remember that, even then, the rector of the parish greeted us in a rather characteristic way: he hugged us like a father, hugged us and, when he did, his hands they went under the shirt so that it touched our back or torso. Then it seemed strange to me – Maciej told us (the man’s name was changed).

– Whenever we were alone, he would call me and caress me. I once went on a trip with a priest, but I didn’t know that he would make sure we slept in the same room, in the same bed … During those nights he tried to feel me and hug me, but I managed to fight outside. ‘these “advances” – he said.

He once put his hands under my shirt and stroked my chest. When he realized I didn’t enjoy it, he started undressing me, until at one point he threw me on a couch. I was paralyzed, I didn’t know what to do. He was very excited, sweating, panting and moaning, he recalled.

In early May 2020, the man informed the Żywiec District Prosecutor’s Office about these facts, which initiated the procedure. Following the publication of the Onet report, other victims were revealed. Our information shows that in the case of the PW the prosecution interrogated at least thirty people. Late last year, one of the injured parties, Maciej, received information about the suspension of the investigation. In the case of most of the remaining respondents, the prosecution did not even initiate this investigation.

As Onet learns, in “undergoing another sexual activity, which consists of touching the naked torso of the victim and the crotch” of Jan W. towards the child and persuading him to touch himself in such a way, as in el The use of the dependency relationship between the priest and the minister, the Żywiec prosecution found no evidence of a prohibited act. On the other hand, in the case of the assault of a minor, the prosecutor stated that a criminal record was prescribed.

But this is not all. Another thing that outraged those questioned by the Żywiec prosecution in the case of the PW was the fact that the decision to refuse to start the investigation, which reached almost 30 people, included all the people suspected of ‘having been sexually abused during the years 1975-2013. Unfortunately, the list of names investigated quickly became commonplace information in a small town where W. was for years, so some of the victims were socially ostracized.

– It’s incomprehensible. These boys, and now older men, have not shared their nightmares even with their loved ones to this day. His story was made public through negligence. Unfortunately, it can no longer be resolved – says the lawyer for the victims of the lawyer W. Artur Nowak.

In the case of Jan W., a pedophile priest, the court overturned the prosecutor’s decision

Maciej’s lawyer appealed against the prosecutor’s decision to suspend the investigation. Thus, the case was presented to the Żywiec district court, which in turn overturned the prosecutor’s decision, pointing out the mistakes made in the course of the proceedings. This means that the investigation into the charges against Father W will be resumed.

According to information received by Onet, the decision of the Żywiec court was handed down during a closed session on Thursday 5 March.

– Due to the closure of the court hearing in this case, the justification for this decision also remains secret. Normally, in these cases, when the court finds that the prosecution’s decision to suspend the investigation is at least premature or incorrect, it orders other procedural steps. These, however, are protected by secrecy, explains Judge Jarosław Sablik of the Żywiec district court.

– I had no doubt that this decision would be revoked. The author’s behavior towards other victims follows the same pattern that my client experienced – says Artur Nowak to Onet.

– I think it would be good for the prosecutor to get the documents available to the curia. This will give a complete picture of the matter. I am happy with this court decision, even more so as it was difficult and painful to present this notification by the victim I represent. Going back to the past cost him a lot – adds the lawyer.

Maciej does not hide his enthusiasm after the court decision.

– I hope everything will go in the right direction now. She constantly has a righteous phrase that will open the eyes of society to the true face of the Church and her sins.

The man expects more people who have been harmed by the clergy to present themselves to the investigators.

– I think other victims will break this stereotype and also talk about their pain, because they deserve a fair trial of the clergyman who hurt them – he adds.

The tragic story of Janusz Szymik

Another protagonist of Onet’s report “God Forgotten Międzybrodzie” was Janusz Szymik. He was the only one who told us then, under his own name, the tragic story of its use by the priest Jan W.

– My visits to Father W. over time became sexual encounters. If I had to estimate how many there could be today, I think it was on average twice a week. It seems to me that there may have been about 500 sexual relations. My tormentor always tried to get them – he said.

In Szymik’s case, sexual abuse took place in 1984–1989, when W. was the rector of Międzybrodzie Bialskie. The man repeatedly informed the superior of Bishop W. Tadeusz Rakoczy, who did not initiate the procedure and did not inform the Vatican. This information was also obtained in 2012 by the then Archbishop of Krakow, Cardinal Stanisław Dziwisz did not deliver it to the Vatican either, although he could have done so and thus punished the perpetrator.

It was only in 2014, when Roman Pindel became the new bishop of Bielsko-Żywiec, that he dismissed the rector, suspended the rector and began a preliminary investigation and, according to the law at the time, he inform the Holy See about the Box.

As a result of the criminal administrative process, Fr. Jan W. was found guilty of a crime against the sixth commandment of the Decalogue with a minor. In April 2015 he was sentenced to ten years of isolation and deprivation of all church offices. However, he appealed and the sentence was reduced to 5 years.

In July 2019, Szymik informed the papal nuncio, Archbishop Salvatore Pennacchio, that his case had been covered up for years by the bishop. Rakoczi. The Holy See began an investigation into this matter, the result of which is unknown to this day. In October 2020, he wrote a letter to Pope Francis, in which he also called for an investigation into a possible negligence of Cardinal Dziwisz in his case, and in December sent a similar letter about the president of the Polish Episcopal Conference, the archbishop. . Stanisław Gądecki. To date he has received no response.

Tomasz, victim of a pedophile: I still experience my hell

One of the people who sued investigators for accusing the PW, Tomasz Idzikowski, 46, was also involved in harassment. The man recognized the clergyman, among others after Onet’s publications.

– I have been trying to find this man for many years. I searched him blindly on the Internet, typing “pedophile Bielsko,” but I never found anything. That changed when I heard a conversation between Piotr Kraśka and Cardinal Stefan Wyszyński. I’m surprised. At one point, a question was asked about the priest Jan W., a pedophile from Międzybrodzie Bialskie, and all of a sudden he came back. I thought I was going crazy. I left everything right away and started looking – Tomasz said recently in an interview with Onet

– Today I’m sure it was him! I remember her height, wearing glasses and having a characteristic hairstyle. He combed his hair from side to side as if to cover his baldness and parted above his left ear. Even then, in 1990, I realized right away, because I was wondering if it was her real hair, if it was a wig or a toupee. The man in the photo looks the same, he said.

– Today I hope that Janusz or I are a good example for other people, so that they find courage and begin to reveal themselves. You need to talk out loud about what has happened to us and learn to live with it, but also support yourself. I am the father of two children. I would also like to call on parents not to underestimate this problem and trust their children, so that they do not lie. That what happened to us is a warning to others – said the man.

Want to talk to the author? Write to: [email protected]

We are glad that you are with us. Subscribe to the Onet newsletter to receive our most valuable content.