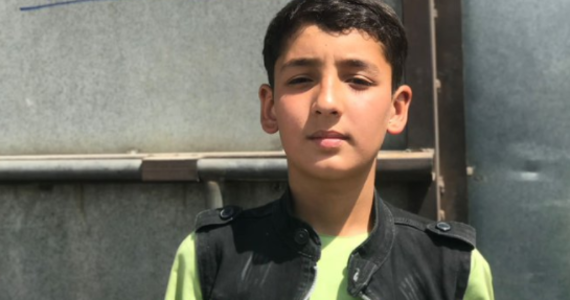 Fawad’s parents, 13, who were lost during the evacuation from Afghanistan in August, have died. The boy ended up in an orphanage with another fellow Afghan, who also lost contact with his family while escaping on Polish planes.

Fawad, 13, lost his family during an evacuation attempt. He was saved in extremely difficult conditions by soldiers. Since Sunday they are trying to find their relatives. The information was sent to non-governmental organizations. A #RT application and a joint commitment! #FawadFamily pic.twitter.com/lvLOHqTO3t
– Michał Dworczyk (@michaldworczyk)
August 24, 2021

Fawad, 13, is one of more than a thousand Afghans evacuated from Kabul thanks to the help of Polish soldiers and diplomats in August this year. Due to the chaos at the airport at the time, the boy separated from his family and ended up alone on the Polish plane.

Upon his arrival in Poland, the Prime Minister’s Office and representatives of our diplomacy began searching for the boy’s missing parents, and he himself was to a care and educational center.

As RMF FM journalist Rafał Miżejewski found out, our services have determined this in recent days. Fawad’s parents are dead.

The circumstances of his death have not yet been confirmed. Nor is it known whether they died directly during the evacuation of a Taliban-besieged airport.

Fawad, 13, from Afghanistan, is now in an orphanage in Poland. The boy declares that he wants to stay in our country. He also applied for international protection. It is currently being examined by the Office for Foreigners. The boy received a PESEL number.

His closest family is an uncle who stayed in Afghanistan. Fawad keeps in touch with him via instant messaging.

Along with Fawad, another boy from Afghanistan, who also lost his family during the evacuation of Kabul airport, he also lives in a room at the orphanage. The Ministry of Foreign Affairs also participated in the search for his relatives.

Representatives of our diplomacy managed to establish that due to the chaos at the airport in Afghanistan, the boy’s relatives flew to Britain and the 13-year-old went alone to Poland.

The Ministry of Foreign Affairs has established contacts with their relatives who are in the UK but, as we have discovered, they do not want to take care of the boy.

The gigantic operation from Afghanistan began after the Taliban seized the Afghan capital, Kabul, on 15 August. Thus, almost the entire country was under his control.

Together, During the 18-day evacuation operation, U.S. and coalition troops evacuated more than 123,000 from Kabul. people.

Poland hosted more than 900 Afghans and their families who helped the Polish military contingent or Polish diplomats in Afghanistan over 20 years.

Launched in response to the September 11, 2001 attacks, the war in Afghanistan was the longest in American history.

According to Brown University project estimates, the 20-year war totaled more than 165,000 people. victims of both sides of the conflict, of whom nearly 50,000 civilian casualties.

Among the victims were also 1,144 ISAF international coalition soldiers, including 44 Poles.

The total cost of the war to the United States is estimated at more than $ 2.2 trillion.