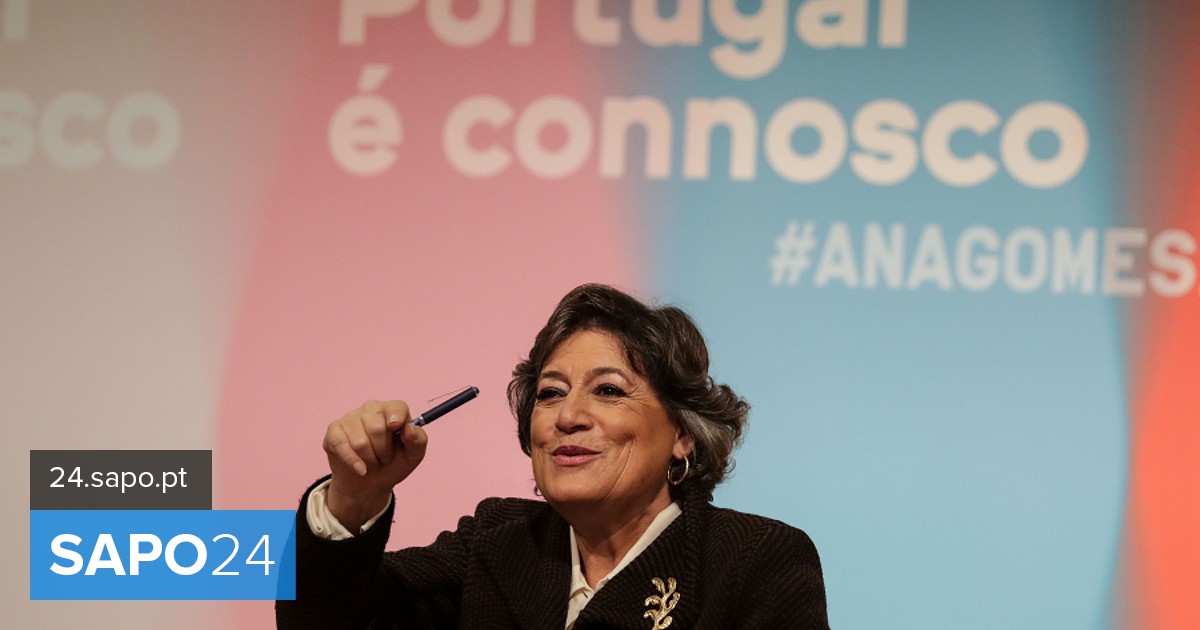 In a letter addressed to the presidents of the Institution of Political Accounts and Financing (ECFP), José Eduardo Figueiredo Dias, and to the National Electoral Commission (CNE), José Vitor Soreto de Barros, to which the Lusa agency had access, Ana Gomes explains that she has reached the end of the campaign with a surplus.

“The financial balance of the donations received – for which I set a limit of 100 euros per person – was around 31,000 euros. This money, coming from the contributions of the supporters, that has not been necessary to spend ”, can be read.

Fulfilling the proposed goal of “maximum economy and containment of resources”, the former MEP also states that the “donation aims to support the publication of the online newspaper ‘Setenta e Quatro’ just launched by the Association “.

“I think we have to defend democracy, especially when we see it threatened. And I know that investigative journalism is an indispensable tool for fighting for the fundamental values ​​of democracy and human rights. I think that my choice corresponds to the objectives of all those who freely contributed to finance my campaign “, says Ana Gomes.

With the accounts of the 2021 presidential candidacy campaign closed and handed over to the competent authorities, the former candidate adds that she has high hopes for “the team of young and motivated people who make up the new collective that publishes the” Seventy -four “”.

“That is guided by the values ​​of truth, rigor and transparency, which underpin democracy. That he investigates, deepens and undoes, without fear, what must be revealed “, he maintains.

Diplomat Ana Gomes was the most voted woman in the presidential election in Portugal, with 12.93% of the vote, and the first to get second place.

Ana Gomes won second place in the presidential election on January 24, being chosen in the ballot of 536,236 Portuguese.

The first woman to run in the presidential election in Portugal was Maria de Lourdes Pintassilgo, who in 1986 took fourth place with 7.38% of the vote in the first round of elections, which corresponded to 418,961 votes. . In this election, Mário Soares was second in the first round, but defeated Diogo Freitas do Amaral in the second.

Surprise! Rúben Rua has a new girlfriend and her identity has already been revealed

After falling more than 10%, the analyst points to where Bitcoin, Ethereum and XRP are going