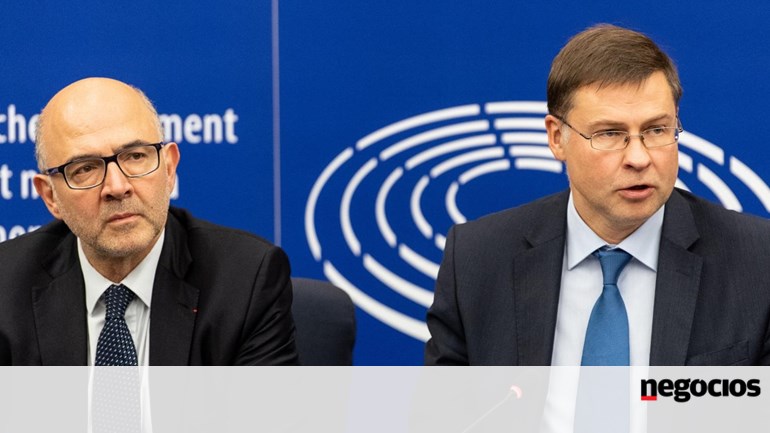 This recommendation from the Commission must be adopted by the European Council – ie. Of the Member States themselves, some of whom are already seeking – in order for the excessive deficit procedure to actually be open, which can ultimately lead to sanctions. After that, if Brussels wants to continue with sanctions, it will also have to secure the approval of the European Council.

As that date is not yet officially, on the same day 21, the Commission will publish a report on the transalpine public debt, the second largest in the euro area (about 131% of the Italian GDP).

Confirming this indication, Brussels will respond to a draft budget sent last Tuesday to the Belgian capital of the executive and anti-alliance Eurosceptica system between the 5 stars and the league. Given the worsening of the deficit over the next few years, increased spending, deterioration of the structural balance and economic forecasts are considered too optimistic, the European Commission has begun by asking in October of Rome to send a new budget proposal.

However, in a new budget text sent to Brussels, the government led by Giuseppe Conte retained substantial budgetary objectives and assumptions that led to the unprecedented rejection of the Commission. Nevertheless, the new proposal reiterated its commitment to intervention to ensure that the deficit in 2018 does not exceed 2.4%, and the great news has shown readiness to dispose of state property, especially property, if necessary. The ideas that the institution led by Jean-Claude Juncker considered insufficient.

Since it became clear that a new budgetary priority of the over populist government would be set between Rome and Brussels, which criticized the rules governing the euro, officials such as the European Commissioner for Economic Relations and the Vice-President of the Euro Commission, Pierre Moscovici and Valdis Dombrovskis, have already warned that Italy could be sanctioned for failing to comply with the Stability and Growth Pact.

Pressure intensified this week with governments like the Netherlands and Austria who are calling for a hard time in response to the Transalpine government's confrontational stance. The Dutch Executive Director is even an informal leader of the so-called "Hanseatic League" whose aim is to fight for financial orthodoxy and the rigor of public accounts within euro blocs.

Hand between Brussels and Rome: a letter after the letter

The tension between the European Commission and the new Italian government began in early October. There are already known intentions of the Executive Board of the 5 Star and the League, but they have come to the paper with the presentation of the macroeconomic scenario to the Italian Parliament, which deserves the approval of the deputy.

At that stage, the numbers and, as a result, the pressure on the European side began to circulate – Italy's interests have already embarrassed the secondary market. European Commission President Jean-Claude Juncker said the news that the Italian budget could create a crisis similar to that in Greece. Although not on the Eurogroup's agenda this month, the topic dominated the meeting.

The day before the submission of the state budget proposal for 2019, the official confrontation starts with a letter from Brussels. The government acknowledged, but very few to the demands: it decided to reduce the target deficit from 2020 and 2021 from the initially projected 2.4%, which the European institutions interpreted as "a good sign".

On October 5, European Commissioner for Economic Relations Pierre Moscovici and European Commission Vice President Valdis Dombrovskis sent a letter to Rome stating that the budget was "serious concern". The warning was made, but about ten days later it was ignored: the government represents a deficit of 2.4%, which is in relation to the 0.8% promised in the Stability Program of the previous Executive Board. As for the public debt ratio, Italy expects a fall of 130.9% in 2018 to 130% in 2019, remaining the second largest in the European Union.

Three days later, the Commission begins to send letters to the member states on the budget, but Italy is the only country that really takes its ears. The letter states that there is "an unprecedented deviation in the history of the Stability and Growth Pact" in terms of consolidating public accounts. Instead of providing a structural balance correction (excluding the effects of the economic cycle), the Italian proposal predicts a deterioration of 0.8 percentage points in 2019, which represents a round difference of 1.5 points compared to the Brussels recommendation.

The Commission was also concerned about two other factors: public debt is not diminished by the necessary pace and optimism about economic growth at a time when the European economy is slowing down. The Italian economy, which will later be released later, stagnated in the third quarter of this year.

The Italian government in its response acknowledges that budget targets for the next year are not in line with the rules of the Stability Pact of the European Union, but have kept all the targets but promised to intervene if the deficit and deficit targets fail. The Executive Director also convinced that he would implement structural reforms to increase GDP.

An unpublished decision came a day later: the European Commission rejects the proposed budget proposed by the Italian government for a Eurosceptic, given that the explanation given by Rome is insufficient. Since the establishment of the Eurozone, the European Union's executive body has never adopted a budget proposal.

Refusal was accompanied by a request: Italy must revise its budget. The government had until November 13 to do it, but it caused Brussels and did not change the order. Rome has kept the expansive budget plan and has only given a novelty, revealing its readiness to advance with the disposal of state property, such as real estate property, if necessary.
(News updated at 18:38 with more information)