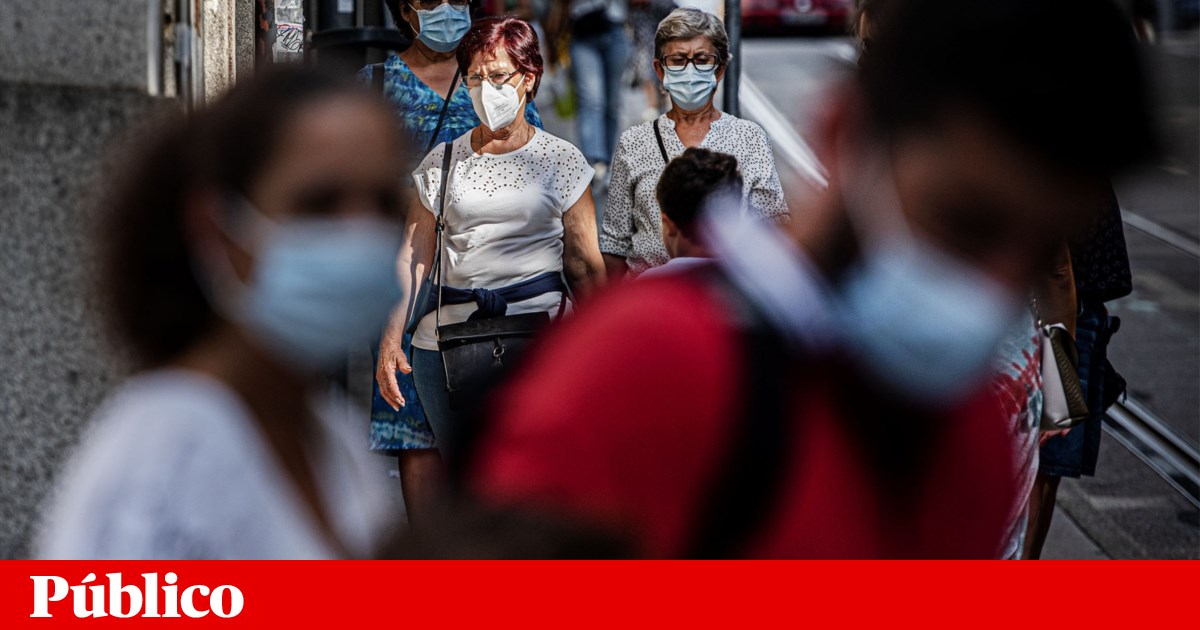 The covid-19 pandemic is registering a “reduced intensity” in Portugal, but there is a “growing trend” in the incidence of new infections in people aged 80 and over, the “red line” report released on Friday said.

“The age group of people aged 80 and over had a cumulative incidence of 113 cases per 100,000 inhabitants at 14 days, reflecting a higher risk of infection than the risk of the general population, with a growing trend “says the risk analysis Directorate General of Health (DGS) and National Institute of Health Doctor Ricardo Jorge (INSA).

According to DGS data, this age group has completed vaccination against covid-19 for several weeks. The highest incidence of new cases is recorded, however, in the age groups between 0 and 9 years and from 20 to 29 years, both with 117 cases per 100,000 inhabitants.

According to the report, the evaluation of the different indicators reveals an epidemic activity of the SARS-CoV-2 virus of “reduced intensity”, with a stable trend at the national level, which is reflected in a reduced impact of the pressure on the services of health and mortality by covid-19.

The number of patients admitted to the continent’s intensive care units also showed this stable trend, corresponding to 22% of the defined critical value of 255 occupied beds, the same percentage as the previous week. On Wednesday there were 56 patients in these units.

In terms of specific mortality from covid-19, the report indicates that it now stands at 9.2 deaths in 14 days per million inhabitants, revealing a “reduced impact of the pandemic” on this indicator , below the threshold of 20 deaths defined by the European Center for Disease Control.

The document also indicates that the number of new infections per 100,000 inhabitants, accumulated in the last 14 days, was 84 cases, with a stable trend throughout the country, while the rate of transmissibility – Oh R

DGS and INSA also indicate that the proportion of positive tests for SARS-CoV-2 was 1.4%, the same as the previous week, below the defined threshold of 4%.

The Delta variant, originally associated with India, remains dominant in all regions of the country, with a relative frequency of 100% of cases assessed in the week between September 27 and October 3 in Portugal, according to the report.