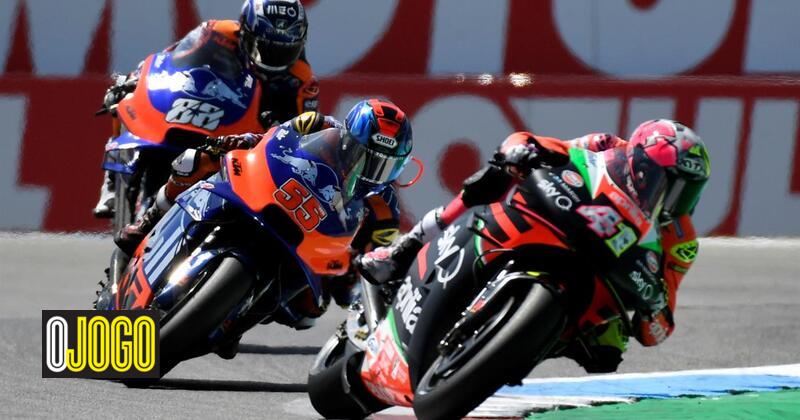 Hervé Poncharal, manager of Tech3, was impressed with the rhythm of Portuguese in Germany and the confirmed GAME: without the fall it would be tenth

"In the end I just wanted to say" good work, Miguel, thanks for staying on the track, thanks for what you took away and that's why it's becoming a better MotoGP rider, "so what happened was going be a pity, "said Hervé Poncharal. After the German Grand Prix, Miguel Oliveira finished 18th, due to a fall. The manager of Red Bull KTM Tech3, in possession of the race data, knew that the Portuguese had made the best show of the season and was the fastest of the KTM riders, although Pol Espargaró finished 12th and Hafizh Syahrin at 16 years old. .

"What made us sad was the fact that his progress was enough to get a top 10 or even a top 8, which would represent the best result of the season," continued the French, disappointed to see Oliveira to recover the time. , but without leaving the last position. "He made a good start and he was in a good group, but unfortunately, being a pilot who rarely made a mistake, he had one with very high costs. He was brave to go on the bike and continue, even with the right and the lever of the brake fence. Although the motorcycle has been damaged, it made impressive turns. "

The prayers were many, but Poncharal did not exaggerate. In the second round, Oliveira lost more than 34 seconds between the fall and the next lap. Withdrawing this margin to 57,377 seconds that separated from the winner, Marc Márquez, the Portuguese would have finished with a similar time to the German Stefan Bradl, who with the other Honda official was tenth, up to 22,708 of the Spanish. Since the KTM was faster in most laps, and especially in the last seven, this position would be within the reach of Oliveira.

But in Sachsenring there were other even more encouraging data. Oliveira was faster than Espargaró in the last 10 laps and had two impressive sequences: between the eighth and twelfth round (eight, fifth, seventh, eighth and ten) and the second round. The 25th and 30th and the last ones (9, 9, 8, 4, 9 and 8) were the fastest. In order to evolve like this, the Portuguese can even think of a top 10 for the second half of the season.