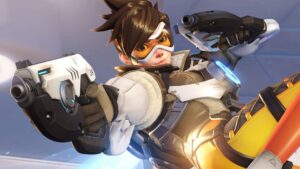 Nvidia Reflex technology was included in Overwatch with a latency of up to 50%. The result surprised even the developers of the game on Blizzard.

In addition, Rust, the popular multiplayer survival game from Facepunch Studios, and Ghostrunner, the cyberpunk ninja action title from One More Level, will be the next games to make use of Reflex.

“In Rust, everyone wants to see you dead, so the low latency of Reflex will ensure that you stay ahead of enemies. Just turn Reflex on in the options menu, ”said Helk, project leader, designer and programmer at Rust.

In addition, there was an improvement in “Boost” mode, reducing latency by up to 15% in Fortnite and 10-15% in Valorant in high CPU usage scenarios.

Nvidia Reflex can be used on GeForce GTX 900 Series cards and later.