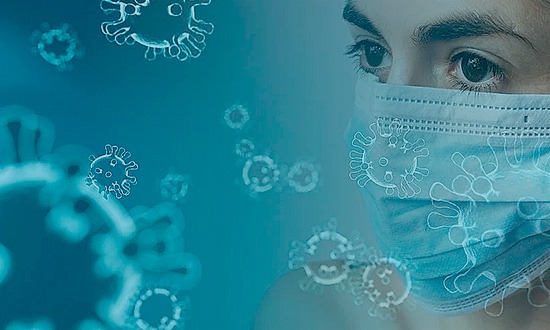 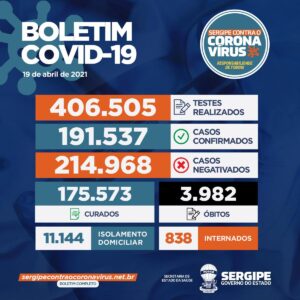 The Secretary of State for Health (SES) published this Monday, 19, the epidemiological bulletin of the coronavirus, with 1,303 cases and 27 deaths that were investigated and that were confirmed. In Sergipe, 191,537 people tested positive for Covid-19 and 3,982 died. To date, 175,573 patients have been cured. 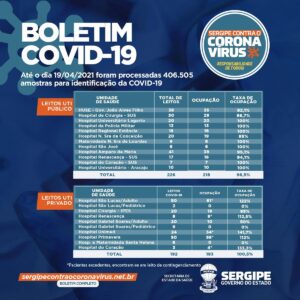 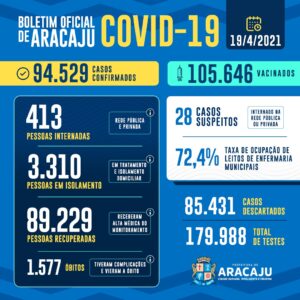 There are 28 suspected hospitalized patients awaiting test results. 85,431 cases were excluded from a total of 179,988 trials.

With SES and SMS information