The iPhone 13 Pro Max outperforms the Samsung Galaxy S21 Ultra. The powerful SoC made the difference

Apple launched its coveted iPhone 13 last September 14th. This was the most anticipated device for fans of the brand for this year and it is estimated that it is also the most powerful smartphone on the market. While an optimization process is still underway, with solutions for iOS 15, the device already shows its power and quality in several respects.

Thus, and as happens every year, there are users who spend time on speed tests to see the performance of these machines compared to their direct competitors. According to one of these speed tests, the iPhone 13 Pro Max outperformed the Samsung Galaxy S21 Ultra. 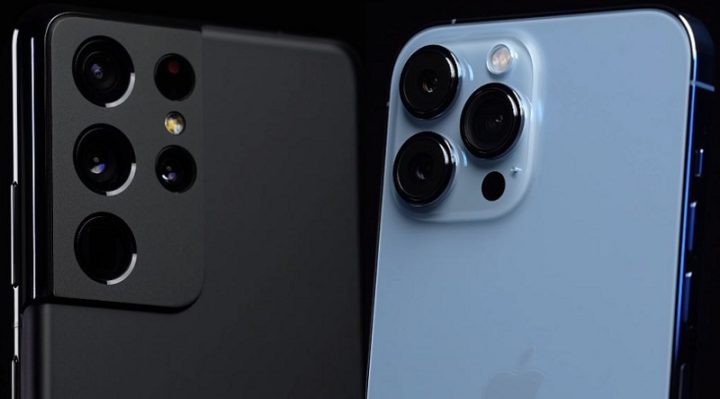 After the huge success of the iPhone 12, Apple had the difficult task of introducing a new iPhone that would have a considerable advance to win back users. The iPhone 13 will have a difficult mission, despite carrying some triumphant cards, including the powerful A15 Bionic.

Of course, there is more news. Still, they are very focused on photography and video. We even left our first impressions on Apple’s recent smartphone.

In these performance tests, where applications are opened for certain tasks, ranging from text editors, games, cameras, browsers, and other relevant applications, it’s important to understand what each smartphone offers. That is, in the case of the video we will see, the 128 GB iPhone 13 Pro Max is next to each other, equipped with A15 Bionic SoC, 6 GB of RAM, 128 storage, 2778x1284 resolution and iOS 15.

Its rival, the Samsung Galaxy S21 Ultra, the highest brand in South Korea, comes equipped with the Snapdragon 888 SoC, 12GB of RAM, 256GB of storage, 3200x1440 resolution and comes with Android 11.

The YouTube channel PhoneBuff promoted, as is tradition, a “fight” for performance, testing both powerful devices.

The cold boot left behind the iPhone 13 Pro Max

In terms of initial applications, the Galaxy S21 Ultra got a slight lead over its rival. I noticed a certain slowdown on the iPhone 13 Pro Max in some apps, which don’t normally open slowly. Could applications still not make the most of ProMotion technology?

Even with this slower launch, everything seems to be resolved when you open the FilmoraGo app to render a video. Here, as you can see, the Apple processor puts all its power into this task.

Then, the South Korean team loses energy and gets behind the Apple phone. As a result, this delay ended up relegating the Android smartphone to second place, as it could not pass, not even with its 12 GB of RAM, after the loss.

It is true that there are some points that immediately unbalance this kind of comparison. O Android has twice as much RAM as the iPhone, which clearly shows that you don't need as much RAM for excellent performance. Here it is also shown that iOS 15 is not yet fully optimized, with iOS 15.1 finally some bugs can be fixed and the operating system becomes more sleek. Likewise, it was interesting to see the Galaxy S21 Ultra with Android 12.

These tests are worthwhile, even because they include a list of applications that, with another opening order, could yield different results. But they give us the idea that they are both very close with excellent performance.