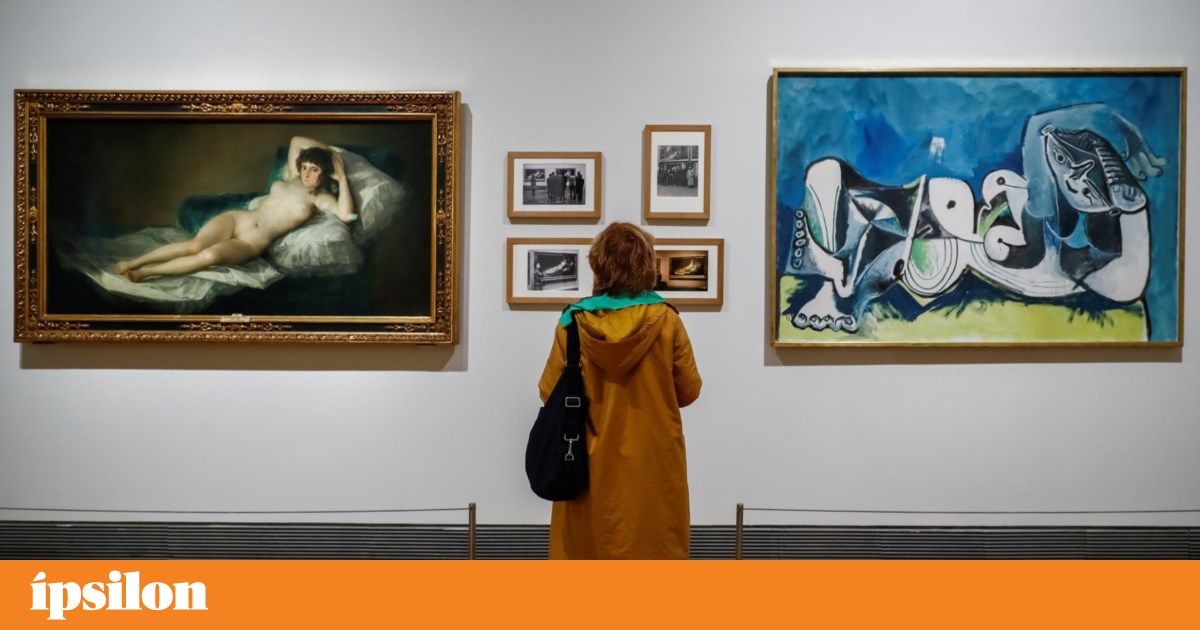 The celebration of the 20-year-old Prado Museum in Madrid officially opened this Monday with the inauguration of the exhibition of its history by the King of Spain, who defined the institution as a "project of memory and the future".

Exhibition Prado Museum 1819-2019 – The place of memory, commissioned by Javier Portus, proposes a chronological journey through the history of the museum, on the day he completes 199 years, with 168 works, accompanied by photographic reproductions, posters, books, graphics, maps and audio-visual installations.

Nearly 200 years ago, the Prado Museum has a full program and it's turning around a micromanage


King Felipe VI in his speech defined Prado as "a project of memory and the future", which is valid "cultural heritage of the spaniard", while maintaining the universal dimension. "It is, without a doubt, a great monumental symbol of the creativity, excellence and artistic sensitivity of our country, through history, and this is the heritage of all mankind," the king proclaimed, to enlarge what the museum represents.

Filipe VI stressed that the pinotucket Madrid should be considered a "success story", in which Spanish crowns, various administrations and civil society were united. As a result of this "collective commitment," the head of state welcomed the fact that the museum is "a wonderful heritage for the pride of the Spanish people" because it is "one of the most prestigious paintings in the country".

The king also wanted to emphasize that the galleries of the image gallery merge "best of today and yesterday" by collecting works that testify to the history of Spain and the great transformations that have taken place over the last two centuries. "The theater is much more than a privileged physical space of an innumerable masterpiece. Over time, it has also become a place to remember, our memory," he said.

The exhibition consists of 168 works, of which 134 are own funds, reflecting the historical evolution of Spain and the way in which the museum developed its personality. In addition to classics, the exhibition features works by recent artists such as Auguste Renoir, Eduard Manet, Pablo Picasso or Jackson Pollock, who found inspiration in the Madrid gallery.

The commissioner of the exhibition, Javier Portus, explained to the king eight stages in which the journey was divided by the 200th anniversary founded by Fernando VII as a royal museum – inspired by his wife, Portuguese Isabel de Braganca – with just over 300 images.

Filipe and Leticija have put some works, namely Resurrection of Christ, El Greco, Vision of St. Peter Nolaska, Francisco de Zurbaran, and at the end of the visit, Naked May, Goia and his replica Picasso, They lie.

After calling the exhibition "perhaps the most important" of those celebrated during the history of this institution, Miguel Falomir encouraged Prado to stay in the future. "It is a museum of all, because it is part of our collective imagination, in which the efforts and wishes of our association are confused," the museum's director said.

Minister Jose Guirao agreed that the celebration of the twenty-year-old, which includes a hundred activities in 30 Spanish cities, should serve to "re-examine the past, analyze the present and projections of the future" Prado, with measures such as the expansion at the Royal Palace in the former military museum.

The Prado Museum also invited visitors to collaborate on their first crovdfunding, for procurement Portrait of a girl, Simon Vouet, with contributions of five euros, for which 120 thousand 200 thousand euros have already been collected.

Another of the moments that marked the day was the discovery of "costumes" produced to hide the scaffolding of the facade of the Villanueva Palace, due to the restoration works of the museum, which contain images from their great masters such as Velazquez, Rubens or El Greco. Designed by art gallery director Mikel Garai, the "costume" worn by Prado is made with fragments of nine pictures that resulted in 15 screens with 11,000 square meters of fabric.

The building of the Prado Museum was designed by Juan de Villanueva in 1785, on the orders of Charles III, to host the Office of Natural Sciences, but it was his grandson Fernando VII, headed by the wife, Portuguese Queen Maria Isabel de Braganca, who decided to dedicate the building to the creation of the Right Museum of Painting and Sculpture, "she recalls site institutions.


Already as the National Museum of Prado, the site was opened to the public on November 19, 1819, with 311 paintings from the Royal Collection, all of which were Spanish authors, although it already had 1,510 works.

This Monday, on the 199th anniversary, the museum was open to the public and will again have free reception in the coming days 23, 24 and 25. The celebration of the twelfth anniversary of the museum will continue until November 19, 2019, when 200 years were completed at the inauguration.