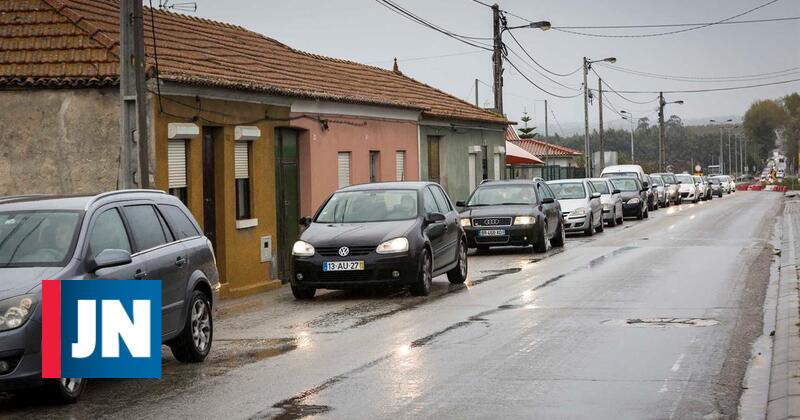 Construction of the new version of Cacia in EN 109 started in 2016 and lasted for half a year. The company's problems motivated stopping.

What should be a job that would improve the flow of traffic on national highway 109 (EN 109), in Cacia, Aveiro, has become a stumbling block for those who are passing through and living there daily. The new version of the road, which began to build in September 2016, after being awarded for 740,000 euros, initially had a six-month execution period, which has since been extended. It is now completely closed for about two months due to the problems of the company responsible for work, and the Chamber was obliged to find a new contractor.

"It's the land we have here, and every eight days I go here and it does not bind or crack," said Jose Manuel Rodrigues of Lisboa, EN 109 user. "I only know that my entry has been blocked since March 19th. We are isolated on the island, and now we have even a swimming pool, "resides and a resident and trader, who prefers not to identify, and refers to the area on the spot that is flooded.

The factory is ready first

At certain times of the day – especially in the early morning hours and late afternoon hours – the car lines pass for miles to 109, the road that has worsened since the old silence began to pay off. The two roundabouts planned in the contract have not yet been completed, which leads to a change in circulation in the opposite direction. And, according to witnesses, there are even bigger trucks that have problems with the passage. It is also necessary to set labels and complete the finishing operations.

The work was awarded by Camara de Aveiro to "Construcoes Ezekuiel Pinho Moreira Lda", in Maia, for 740 thousand euros. The contract involves a new approach between EN and Rua Bombeiros da Celulose, which is practically completed, with the lack of another layer of tar. And also the construction of two circular crossroads, where there was a connection and a crossroads before.

The project took over the autarchy, as part of the construction of the woven paper factory of the old Portucel, the current Navigator. It is true that the factory started to build after the works were completed and it was already finished. Although not yet scheduled for inauguration, the new plant is already in the testing phase.

Disagreements in the family of contractors, which will ultimately affect business, will be a source of problems that have led to a failure to perform a job.

The mayor says there are "serious problems with the company"

Recently asked about the delay in the construction of a new variant, Ribau Esteves, the president of the municipality, just said that "there are serious problems with the company" and that the Trial Chamber is trying to find a solution to resolve the case. According to JN, the municipality will already find a new contractor, who will begin work on the project's completion next week, and is expected to be completed by the end of the year. However, it was not possible to verify Camara de Aveiro by the end of this release.