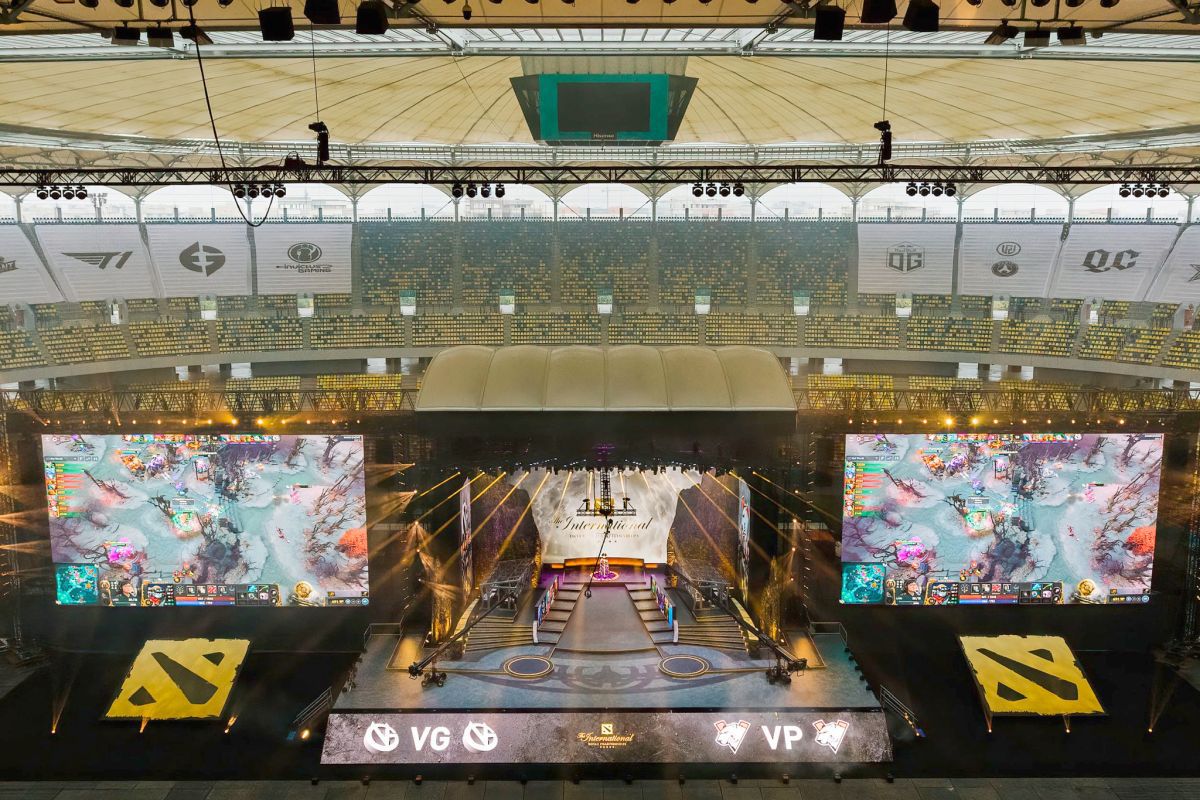 The DOTA 2 tournament, which knocked out FCSB and Rapid from the National Arena, is in full swing. The country’s largest stadium has been radically transformed and now looks like a huge gaming scene.

With the roof stretched, the arena of Bessarabia Boulevard no longer resembles a football field. The huge screens placed on the grass, facing the bleachers I, give the feeling of augmented reality. And the pictures are really spectacular!

PHOTO. The National Arena has been completely transformed for DOTA 2.

Due to the pandemic, the event is deprived of the presence of spectators.

DOTA 2 is a multiplayer video game developed online. Everything happens on a battlefield. In short: two teams of 5 players face off, each of the teams aims to defend their base. All 10 players control a so-called “hero” with supernatural characteristics. Win the team that invades the opponent’s base.

VIDEO. How is a DOTA 2 match at the National Arena:

DOTA 2, priority over FCSB, Rapid and the national team

The National Arena is not available for October football matches. Due to the event, 3 football teams could not support their matches here: Romania (against Armenia), Rapid (against CFR) and FCSB (against CS Mioveni). If the national team had an optimal option in hand, Ghencea, Rapid and FCSB will be forced to leave Bucharest, Mioveni, respectively Buzau.

The tour brings prestige and visibility to Bucharest, and will be followed, according to organizers, by 100 million people. There will also be financial benefits for the Romanian state, the organizers will pay to the national budget 16% of the total prizes of 40 million dollars. After Euro 2020, we show that we can organize large-scale events at the National Arena. Next year there will be big events, especially cultural events. We have increased the revenue level of the National Arena by approximately 2 million lei in previous years to 6 million lei in 2021 (6 million without Euro 2020, 12 million lei with Euro 2020)
Nicușor Dan, the general mayor of the capital

DOTA 2 in the National Arena

The National Arena is busy until October 17, as a DOTA tournament is being held at the country’s largest stadium, a strategy game with so many fans paying 500,000 euros for the stadium rental.

The group stage took place from 7 to 10 October and the main phase will start on 12 October. Then, on October 17, the two best DOTA 2 teams in the world will face off to win the Aegis trophy. This is a competition with prizes of $ 40 million, of which 10% goes to the Romanian state budget, in the form of taxes.

10 yearsthey have passed since the inauguration of the National Arena

CNA, request in the case of Digi Sport TV: “Stop telling him the Star of the League 2 team” »Talpan’s attacks:” Wrong, abusive! “

Florin Niță is one of the 5 best goalkeepers in the preliminary phase of the CM 2022! In what respect does Jan Oblak surpass

Playtech: Adriana Bahmuțeanu BREAKS SILENCE on the divorce of Anamaria Prodan from Reghecampf. What happens to your child