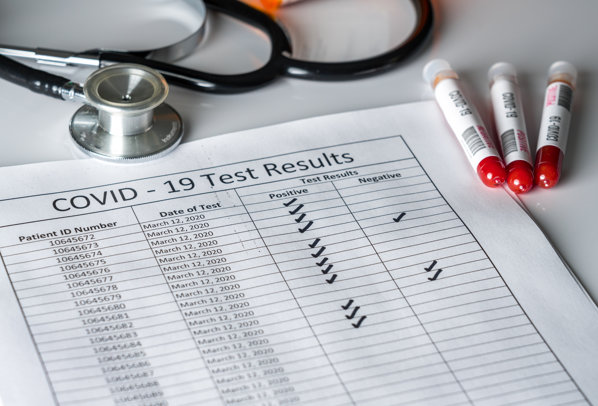 Antibody testing has aroused the interest of those who want to assess their immune status after SARS-CoV-2 virus infection or vaccination. However, with performing laboratory tests, there are questions such as: What does the test result mean? Why is my result different from my partner’s? What value does the antibody titer give me protection?

Laboratory physicians explain that the results of antibody tests can vary depending on several factors, such as the accuracy of the test, the sensitivity and specificity of the test, or the method by which the presence of antibodies is determined. antibodies. There are also differences between kits that detect anti-protein N (nucleocapsid) antibodies and those that detect anti-protein S (ear) antibodies, proteins that are known to be highly immunogenic, meaning they cause significant antibody production. .

What does the result of the antibody test indicate?

If you have a positive result on antibody testing, either IgM or IgG, means your body came in contact with the SARS-CoV-2 virus before harvest, either after infection or after vaccination.

In place, a negative result indicates that the body has not come in contact with the SARS-CoV-2 virus or that the time required for the development of antibodies is insufficient.

Commercial kits that detect anti-N antibodies have a variation in structure that is not specified by the manufacturer, but as it is not an important molecule in the host organism’s immune response strategy, this does not greatly influence the host. intercomparability of commercial kits.

In contrast, in the case of kits that highlight anti-S binding antibodies, there are differences, sometimes greater, in the structure of the antigenic determinants found in the reagents, so that in the type of antibodies detected, which may cause differences in specificity. between kits and, respectively, between the results obtained.

Some antibody tests they are qualitative, which means that their result confirms or refutes the presence of antibodies, without detecting the concentration. The result of the qualitative tests is expressed in the form of index, ratio or S / CO.

On the other hand, quantitative tests determines the concentration of antibodies and is expressed by arbitrary units, such as AU or U, specific to each manufacturer, or BAU / ml, ie antibody binding units.

Specialists point out that these values ​​are not intercomparable from one manufacturer to another, so the results may vary depending on the laboratory.

In addition, doctors explain that there is still no agreement on the concentration (or titer) of neutralizing antibodies that provide protection against a new SARS-CoV-2 infection, which is why the results of serological tests are interpreted with caution. the higher the concentration of binding antibodies than the range set by the manufacturer, the higher the neutralization antibody titer is believed to be, especially in the case of anti-S antibodies.

What does the sensitivity and specificity of a test mean

Sensitivity refers to the ability of the test to identify individuals with antibodies against SARS-CoV-2. Chance of a positive test if you have specific antibodies. An extremely sensitive test detects most people who have antibodies and few people with antibodies will not be identified by this test (false negative reaction).

MedLife makes this available to patients individual assays for antibody detection anti-S or anti-N, IgM and IgG, as well as post-vaccination packages to assess immune status after vaccination or SARS-CoV-2 infection.

Get tested for anti-SARS-CoV-2 antibodies at the nearest MedLife collection center and find out your body’s immune status after infection or vaccination.

The article is part of the MedLife Let’s do Romania well campaign.

We have been with you for 26 years and we will not stop. Because today, more than ever, medicine means fighting through science and knowledge.

To satisfy our patients with a wide range of services and tests tailored to current needs, we have aligned ourselves with international standards and opened our own real-time PCR laboratories to detect the SARS-CoV-2 virus. We have invested in the infrastructure needed to assess whether the patient has gone through the disease and test the post-infection or post-vaccination immune response.

We constantly adapt to the present and prepare for the future. We are doing Romania well.