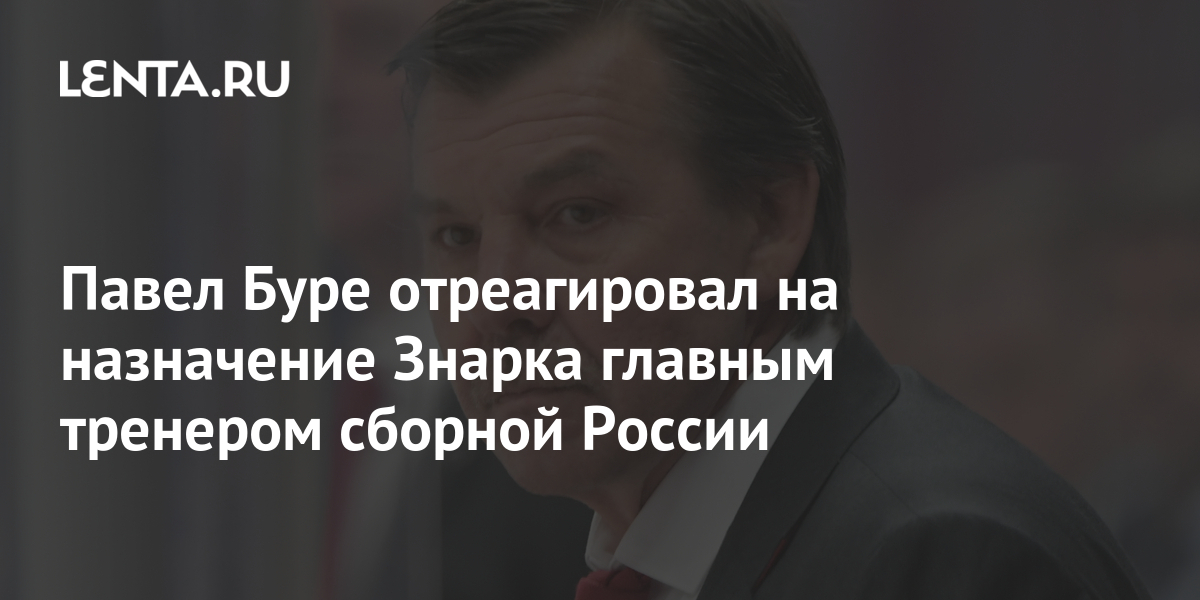 World champion and Olympic medalist as a member of the Russian ice hockey team Pavel Bure supported the decision to appoint Oleg Znarka as head coach of the national team. TASS Reports.

The athlete described the invitation of a specialist of a strong movement. He reacted positively to this candidacy, as Znark has experience of victories in major competitions. Bure also said the coach knows the principles of the national team and knows many players.

Znark’s appointment was announced earlier on Friday 24 September. The head of the Russian Ice Hockey Federation (FHR), Vladislav Tretyak, said a one-year contract had been signed with the coach. Later, TV presenter Dmitry Guberniev denied the conclusion of the agreement, noting that there were ongoing consultations.

Znarok led the Russian national team from 2014 to 2018. Under his leadership, the Russians won the 2014 World Cup and won gold medals at the 2018 Olympic Games in Pyeongchang.