The network sells "Zaporozhets" based on Porsche for 3.2 million rubles 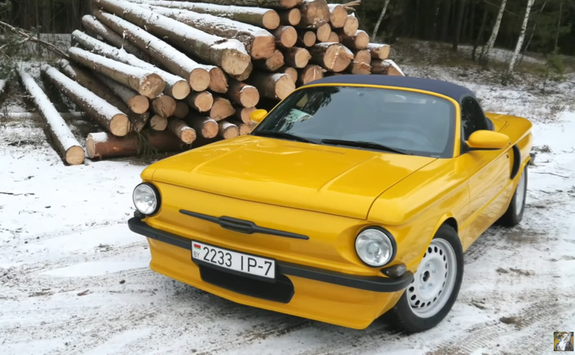 An announcement for the sale of the Porsche Boxster S roadster, considered the ZAZZ-968 Soviet Zaporozhets, appeared on the Auto.ru site. For a unique "hybrid", created at the Belarussian workshop of the famous Custom Customs costumbrist of Yuri Shif Shif, he calls for 3.2 million rubles.

Technically, the car is completely identical to the donor: the German sports car Porsche Boxter S from the 1998-2006 generation. The entire "filling" of the factory remained in its place: a 3.2 liter facing six with a capacity of 250 horsepower with water cooling, a "mechanics" of six speeds, rear traction and one modern (even in modern times) of suspension. The latter, which has such "turns" as the McPherson props and anti-roll bars, provide excellent handling even at a speed of 160-180 km / h. Acceleration of the "passport" from point to "one hundred" is only 6 seconds.

For the original sports car, its creators demand 3,200,000 rubles. By the way, for another car workshop – MAZ-200 uptake last year they demanded much more – five million rubles.