Agency: "Softbank" seeks advice from "Deutsche" .. on investments in electricity in Saudi Arabia 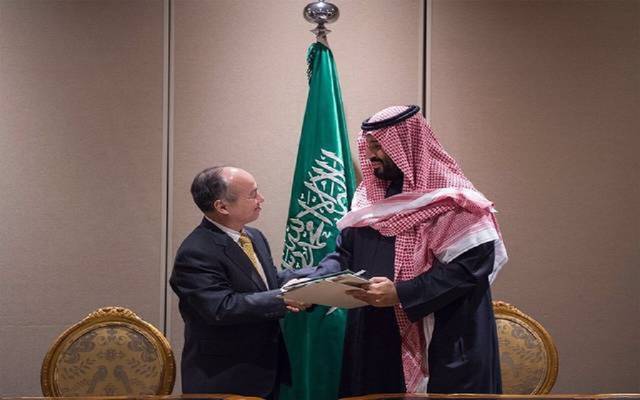 Dubai – Mubasher: Softbank Group has appointed Deutsche Bank to advise on its plans to invest in the electricity sector in the Kingdom of Saudi Arabia.

Sources told Reuters that a Japanese group that plans to invest in a huge solar power plant in the Kingdom also expressed interest in distributing electricity in the world's largest oil exporter.

The agency says one of its sources said that Softbank could consider purchasing a minority stake in Saudi electricity distribution from the Public Investment Fund, the sovereign wealth fund.

"They want to become a minority shareholder with influence," the source said.

The Public Investment Fund has 74% stake in the Saudi Electric Company, and Aramco has a 7% stake.

In March, the Executive Director of Softbank Masaioshi Son Group signed an agreement with Crown Prince Mohammed bin Salman to establish the world's largest solar energy production company in Saudi Arabia, with a production capacity of 200 gigawatts by 2030.

Third sources told Reuters that additional details about the project are expected in the first quarter of next year.

Saudi Arabia secured half of the $ 93 billion Softbank launched for the fund, and the fund has become one of the main funding sources for technology companies around the world..

Saudi Arabia adopts a trend of economic transformation and reduces reliance on oil.

Saudi Arabia says it will gradually increase energy prices by 2020, which will help the company achieve a more sustainable financial model.