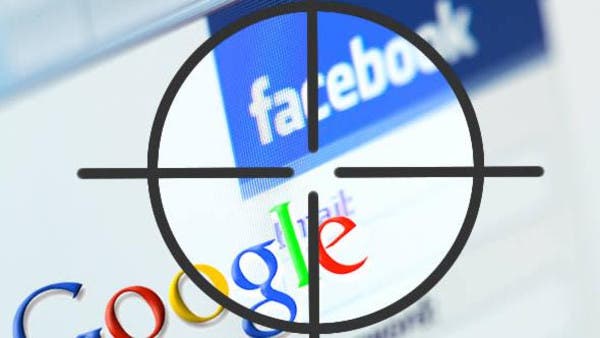 Google is threatening to withdraw its search engine from Australia, as part of a campaign led by the Australian government to get the tech giant to share property rights with the media.

Australia introduced the first such law in the world forcing Google, Facebook and other technology companies to pay the media for their news content.

However, US companies resisted the move, warning that the law would force them to withdraw some of their services, while Australian Prime Minister Scott Morrison stressed that representatives would not give in to the “threats”. “.

Speaking to reporters on Friday, he said: “Make it clear, Australia is setting its own rules for the things it can do in the country. And that is done in our parliament.”

The Australian proposal would force Google and Facebook to use a means to negotiate with publishers the value of news content if they do not reach an agreement.

According to Google Australia CEO Melanie Silva, during a hearing in the Australian Senate, the law is “impractical”.

Silva warned that “if this version of the code becomes law, we will have no choice but to make the Google search engine unavailable in Australia.”

While questioned by lawmakers, they accused “Google” of “blackmail” and an attempt to intimidate Australia into proposing such a reform.

And in response to a question from Senator Rex Patrick: “Will this happen in all parts of the world. Will they withdraw from all markets? Or is it an attempt to avoid a precedent?” The managing director of Google Australia said the law poses an “unsustainable risk to our Australian operations”.

Why push for this law?

Google is the dominant search engine in Australia, controls 90% of the market and has little competition.

The government has argued that since technology platforms get customers from people who want to read the news, technology giants should pay a “reasonable” amount to newsrooms for their journalistic work.

He also stressed that such financial support is essential for the troubled news industry, because “a strong media is vital to democracy.”

According to official figures, the Australian print media has seen a 75% drop in advertising revenue since 2005.

Google’s threat to completely eliminate the search engine is the most dangerous so far in a country where news accounts for only 12.5% ​​of searches.

“Australia is not very close to its largest market. But Google executives are afraid of a precedent set by these new laws,” he adds.

As Clayton explains, Google, which generates almost all of its revenue from advertising, has been recording high profits, while many local newspapers are struggling.

“While Google says it wants to help fund the indigenous press, it clearly believes that what is being proposed in Australia could fundamentally hurt its business model if repeated elsewhere,” he says.

“If the law forces a company to pay for links and search results, it will set an unsustainable precedent for our business and the digital economy,” Silva said.

The Google executive added that this would not be compatible with the free flow of information over the Internet or with “the operation of the network”.

Last week, Google confirmed that it had blocked Australian news sites from search results for about 1% of local users. He said it was an experiment to test the value of Australian news services.

And last year, Facebook also threatened to prevent Australian users from sharing news on the platform if the law was enforced.

The social media giant repeated that position on Friday and CEO Simon Milner said in a Senate hearing that it was “the worst possible outcome.”

Milner also claimed that “Facebook” made almost no commercial profit from having news content on its platform.

Companies insist that news organizations are already taking advantage of platforms that direct readers to their websites. Google also cited its association with the “Google News” news service as evidence that supports journalism.

According to Katie Silver, BBC business correspondent, it is undeniable that the Australian news industry is struggling.

The tech giants are not entirely dedicated to Australians. The country’s competition watchdog has previously accused Facebook and Google of misleading Australian consumers about how their data is used.

While some have debated whether they can get alternative services through other search engines, others are questioning whether removing Google would also remove Gmail, Google Maps and Google Home services, something the company has not made clear.

Amid the controversy, Google on Thursday agreed to pay French news publishers snippets of news items that appear in search results, after the country’s media defended copyright laws.

To ensure better health .. you should eat this amount of fruits and vegetables. | Hello | A Need For Better Health | DW

Meghan Markle accuses Buckingham Palace of “spreading lies” about her