International Day … in numbers, you know the situation of water in the Arab world 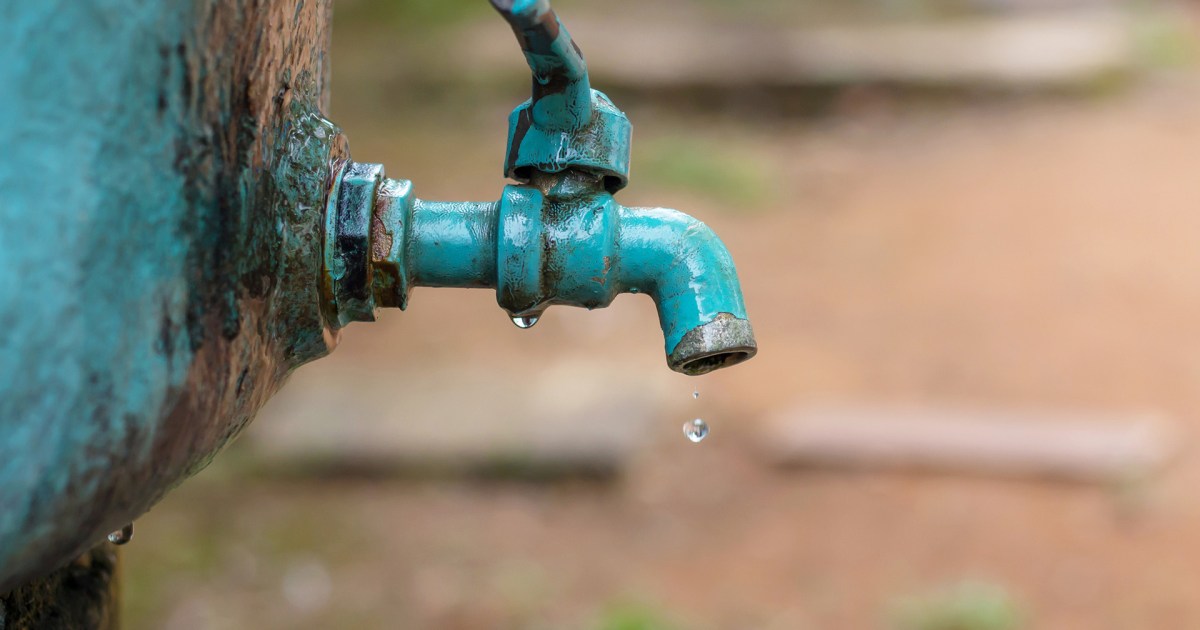 In 1992, the United Nations established World Water Day on March 22, and every year on this day it draws attention to the Arab countries to reorganize their situation with regard to the issue of water, which it is really one of the most dangerous issues facing the region. .

There are many problems that the Arab world suffers from, for many reasons, mainly mismanagement and the lack of serious and effective strategies to deal with these problems, but when it comes to water, that is the secret of life. , a pause is needed.

The figures showing the impact of the water crisis on the Arab region are appalling. World statistics show that the Arab region is one of the poorest countries in the world in terms of water availability, and that the share of per capita in fresh drinking water has declined in recent decades.

The Arab water security strategy reaches a frightening conclusion, which is that if the water and agriculture situation in the Arab region continues as it is and without taking into account the potential effects of the global phenomenon of climate change , it is expected that the Arab region will only be able to provide 24% of its food needs. It is known that the Arab region imports approximately 65% ​​of its wheat needs annually.

And, like many Arab issues that are being raised, regional efforts in this regard are limited to the existence of regional institutions that no one feels and that are not binding, and what works of art that are published remain ink on paper, so that the Arab citizen feels that there is an entity called “the Arab Water Council?” Or is there a strategy related to Arab water security.

On this World Water Day, we show the reality of the water situation in the Arab region, answering a set of questions, to alert the Arab citizen of the seriousness of the issue and inform him that there has a duty to do to preserve this scarce resource, which will increase. Demand for 2040 will increase by 50%, while energy demand will increase by 25% in the same year, reflecting the importance of water at the next stage.

The Arab region lies within the belt of arid and arid lands, and there is an imbalance between water supply and demand in the region. In terms of supply, the average share of water per capita is 10% of the world average and demand is constantly increasing, due to the high rate of population growth, which is 2% per year. , which is twice the average rate of population growth in the world.

As for the quantities of water available in the Arab region, the statistics in the Unified Arab Report for 2020 estimate it at 274 billion cubic meters of surface water, coming from inland rivers or shared rivers that come from outside the region, and the available resources are estimated to be 62 billion cubic meters of water from groundwater and desalination plants, while the annual consumption of renewable water in the Arab region is approximately 77%.

Regarding the description of acute water poverty in the Arab region, there are 12 countries: Yemen, Saudi Arabia, the Sultanate of Oman, Kuwait, the Emirates, Qatar, Jordan, Palestine, Libya, Tunisia and Algeria, and the share per capita in these countries is less than 500 cubic meters.

Statistics from the Unified Arab Economic Report for 2020 indicate that the annual per capita share of fresh water in the Arab region is 800 cubic meters in 2019 and will decrease in 2025 to reach 667 cubic meters, which means that the average for the share of water per capita in 2025 will represent a percentage of 20% of what it was in 1955, when this share per capita was 3430 cubic meters.

Given that the special figures for 1955 included the share of South Sudan, which has a large share of fresh water, but, due to its separation in 2011 from the State of Sudan, caused a decrease in the share per capita of fresh water in the Arab region.

Waste, unfortunately, is not limited to the water of the Arab region, but includes other economic fields, such as food, agricultural crops when collected and packaged, or energy, but so as for water, traditional irrigation methods in the Arab region are one of the most important causes of water waste.

Figures on water use in the Arab region – among the various activities – indicate that the agricultural sector accounts for 84% of water consumed, while domestic consumption accounts for 9% and 7% is allocated. to industrial and commercial activities.

It is estimated that the percentage of waste water used in agricultural activity ranges from 25 to 30%, due to traditional irrigation systems, in addition to irrigating crops more than once or twice. ‘increase rationing more than necessary at once.

An important point remains important when talking about many Arab issues, which is that issues are treated as if the Arab world were a single entity, or that one can start from a state of unity to implement a plan or strategy, but reality indicates the practices of countries and each country achieves its results. This entails a high cost in each country, as well as a state of deficit in some Arab countries, due to their financial or human poverty.

In addition to resorting to water treatments used, whether in agriculture, industry or domestic consumption, but this requires large investments in order to establish different treatment plants according to each activity, as well as having a plan to benefit from the ‘treated water, where available is the coordination between the quantities treated and the quantities to be used, taking into account the nature of the water treated for the different activities; The treated water needed to grow food crops differs from the water needed to irrigate forests, for example.

Desalination of seawater is one of the ways to address water scarcity and is used to some extent in the Gulf countries and their financial capabilities help them, but there are other Arab countries for which desalination technology may represent crisis, as well as the requirements necessary to establish the infrastructure to benefit from desalination.

The Arab region is absent from the care of the technology needed for the desalination process, through the location of this technology, its development, its local production and its adaptation so that it is economical after its implementation.

Several sectors in the Arab region need investment, but in terms of meeting the growing demand for water in the Arab region during the period 2015-2025, estimated at $ 200 billion, needed for infrastructure projects for the Arab sector. ‘water.

In light of realistic estimates of spending by Arab governments on the water sector, it was found to range from 1.7 to 3.6% of GDP, while the percentage of investment needed by the sector is estimated at 4.5% of GDP.

In light of the financing crisis in the Arab region, whether in oil or non-oil countries, government spending on the water sector may remain the same, unless governments resort to drastically raising water prices. water in all sectors, resort to debt or privatize sector.

A CESAO study entitled “The effects of the Covid-19 pandemic on the water-scarce Arab region” indicated that a 5% increase in water consumption is expected due to washing requirements of hands as a preventive measure. by Crown infection.

She explains that this will increase the burden on Arab families by about $ 150 million to $ 250 million a month, and not only that, but there are about 74 million people at high risk of hiring Crown because they don’t have the facilities. needed to wash hands.

The study also indicated that 87 million people are at risk of getting crowns due to the lack of drinking water supply in their homes, and that some 26 million displaced people are expected to be infected with crowns. for lack of water, sanitation services and personal hygiene in the places of the displaced.