Pictures .. The composer changed the MBA record for artistic production to claim his rights 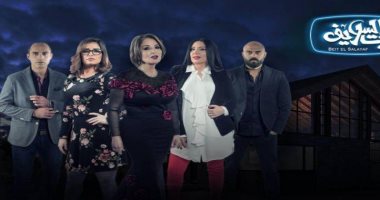 Composer and music composer Mohammed Ahmed Fouad has published a police note against the company MBA For artistic production and distribution, he accuses the monument of a membership fee that was not received in accordance with a contract concluded between him and the company, in exchange for the performance of the House of Slav series, which is featured on four satellite channels are "Abu Dhabi and Nahr,"He said.

Download the record, which is arranged in the police department of the first city of Nasr, no. 6552 for 2018 year administrative, legal representative of the company MBA For artistic production and distribution as a.

Al-Shaki said that evidence is a proof of the status of a legal requirement that the complainant affects his right not to transfer the rest of his financial expenses under the agreement on their agreement on 30 July 2017, but did not receive his copy of the contract,.

He explained that the contract for the preparation of sound recordings and melodies of the series of Slaven houses, compared with 160 thousand pounds, out of which 110 thousand received only the receipt of the remaining amount of the contract in February 2018, immediately after the television broadcast.

He continued: The company has not yet delivered the remainder of the piece, despite the offer of the series on 4 channels, which prompted us to release several complaints in 4 associations, that is, the Syndicate of Cinema, Music and Control of the Works and the Cinema Monitoring Room, but did not respond.