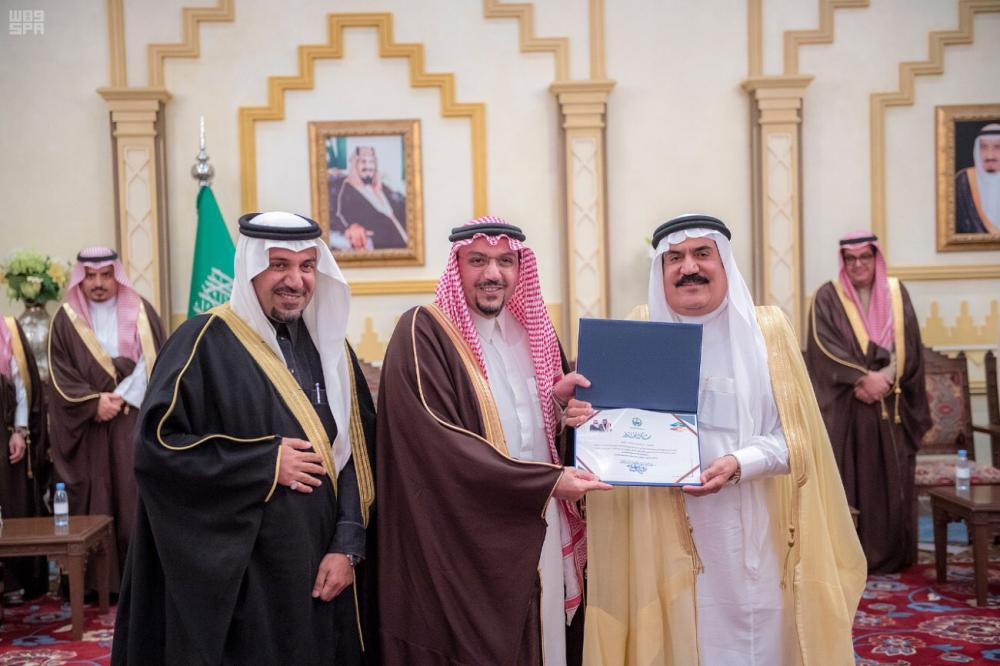 His Royal Highness, prince dr. Faisal bin Meshaal bin Saud bin Abdulaziz, Governor of the Kasim region, praised the efforts of the people in preparation and preparation for the visit and reception of the guard of the Two Holy Mosques of King Salman bin Abdulaziz Al Saud and His Royal Highness Prince Mohammed bin Salman bin Abdulaziz, Prime Minister and Minister of Defense, God can preserve them for the region of Kassim.He stressed that what he received from the government and security agencies and committees operating in the Emirate of the region to unite and support the reception of the leader of this blessed state supported by God reflects great and honor they have the picture of all the sons and daughters of the Region and their desire to achieve success with a high spirit and all loyalty and belonging and are in the search for the support of the services of religion and property and the homeland.

His Majesty said: "I thank God first and foremost and I thank Him for the Almighty, who according to all of us and without exception, provide these blessed efforts and achieve this success in visiting the guard of the Two Holy Mosques and His Majesty the Crown Prince, God protect them, Al-Nathir stressed that these blessed efforts would not be for Fadlah, His Majesty and his success in facing us all in the face of challenges. He would like to thank the government and security bodies and committees for their efforts and invited God to preserve our leadership and our dear homeland. The state and private sector in the Kassim region, asking the Almighty to maintain the security, safety, security, stability and sustainable development of the country.

This came during the ceremony of respecting His Majesty to government bodies, supporters, working committees and partners of success at the Emirate and people of the Kassim region to receive the guardians of the two holy mosques of King Salman bin Abdulaziz Al-Saud and His Majesty the Crown Prince at the unification palace in Buraidah. Dr. Abdulrahman Al-Daoud, Undersecretary of the Emirate of the region, dr. Abdulrahman Al-Vazzan, Undersecretary for Security Issues Ibrahim Al-Hathl, Chief of the District Police, Maj Gen. Bader Al-Talib and the directors of government and security agencies.

The Ceremony began with the Holy Qur'an, followed by a series of participations and interventions by the directors of government and security agencies and committee chairpersons to discuss the efforts, work and challenges facing work teams and works that resulted in God's success in achieving this success during the visit of the guard Two Saints of the Mosque and His Majesty the Crown Prince of the area.

At the end of the ceremony, HH Amir praised the business people, government and security organs of the participants and the working committee.