Video .. Absent prayer on Khashoggi in the prophetic mosque 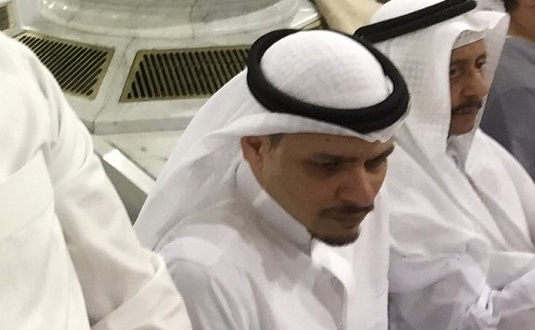 The masses of fans led the absent prayer of the deceased citizen of Jamal Hashoggi – that God had mercy on him – after dawn in the prophetic mosque.

Citizens have posted video-made complaints about the prayer of the absent in the Poslanoj Mosque after dawn Friday.

Salah Khashoggi announced his condolences to his father from Friday to Sunday at the Jade for Men.

Khashoggi said in Twitter via Twitter: We are God and we will be back to him will be the burial of the late Jamal Khashoggi from Friday to Sunday at the deceased's house in Jedi. Oh, God, endowed with his grace and inspired patience in our suffering.

He added in the following tweet: We welcome the condolence of the lady in the deceased's home Monday Monday through Wednesday. Oh, God forgave him and mercy and passion, forgive him and respect his house and expand the entrance, wash him with water and snow, and the cold and purity of sin also purifies the white robe from humidity.

It was hours after the statement of the Third Public Prosecutor's Office was pronounced, which included the latest findings in the investigation of this case from its appearance until yesterday.

The Public Prosecutor's Office found that 21 people were arrested in the investigation and 11 were indicted, including five who requested their execution, including one who ordered the murder and four executors.

The General State Prosecutor today announced in a statement that, in addition to the statements issued on 10/2/1440 H in accordance with 19/10/2018 and the date 16/2/1440 H corresponding to the date of 25/10/2018, in the case of the murder of Jamal Khashogg , and allegedly a Saudi-Turkish joint working group, as well as investigations carried out by the Public Prosecutor's Office with 21 detainees in the case after the accused were indicted by three persons, of whom eleven were charged and prosecuted against them. The detainees came to the reality of their situation and role, with the demand to kill Order and trigger the killing of five of them, and the speed of legitimate punishments that remained the rest.